Home/
News/
Technology wheel is moving, but it is a slow turn

Technology wheel is moving, but it is a slow turn 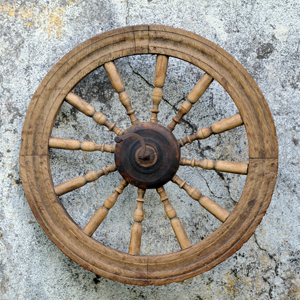 The technical head of a legal technology company has told Lawyers Weekly that lawyers and the courts are becoming less reliant on paper.

The technical head of a legal technology company has told Lawyers Weekly that lawyers and the courts are becoming less reliant on paper.

Anderson Hind, the national technical lead at Law In Order, spoke to Lawyers Weekly about the adoption of new technologies and innovation within the Australian legal sector.

“Some courts and firms are moving towards a greater use of electronic technology,” said Hind, noting that fewer law firms and barristers are reliant upon traditional paper-based models, but that the change in culture, particularly around document review in large-scale litigation, is a slow one.

The Australian legal profession has come in for some criticism recently from knowledge managers and technology providers about its intransigence with regard to adopting new technologies and innovations, both internally and on the client side.

“A decade ago, Australian law firms were seen by many as leading the way in certain areas of innovation, such as through the use of technology,” said Justin North, the head of Janders Dean when speaking with Lawyers Weekly in September. “However, the past few years (with only a few exceptions) has seen this type of innovation leadership stall, and also witnessed the rise of the UK and US firms in many areas.”

“The UK and US is far more lean and hungry – we’ve seen new faces, new ideas, and new structures emerge.”

Hind said that the US professional services sector, in particular, is leading the way with providing staff access to new technologies.

“American companies are developing ‘bring your own device’ strategies,” he said. “While we are looking at issues around big data in the courts, the rest of the world is still moving on from that in different ways, which is hard for the Australian courts to keep up with.”

Hind added that document review platforms, such as Relativity 8.1, offer iPad integration and structured data analytics, which further reduce the need for lawyers to need to carry around “boxes and boxes” of documents and make it easier for them to work in transit.

Technology wheel is moving, but it is a slow turn