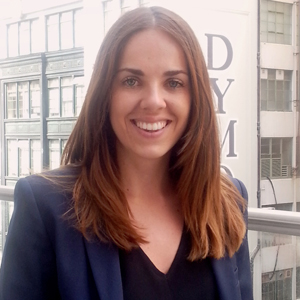 The head of Women Lawyers Association of NSW (WLANSW) has claimed the profession is failing on the flexibility front after more than a quarter of female lawyers revealed that they still long for work-life balance.

More than 200 female lawyers responded to the WLANSW survey, which asked them to single out the change they would most like to see in the profession. Just over 25 per cent of respondents wanted a more flexible legal profession.

WLANSW president Natasha Walls (pictured) told Lawyers Weekly that she was surprised to learn that flexibility was still the top priority for so many women.

“[Flexibility] has been on the agenda for women for many years now ... we need to look at it with fresh eyes,” she said.

Walls claimed that the findings expose the legal profession’s slow progress in this area. She explained that while firms have introduced flexible work policies, they aren’t worth the paper they’re written on when a firm’s culture conflicts with those policies.

“If a person has made arrangements to start late each morning and stay later each night and their own colleagues don’t support them, pointing to a policy will give little solace,” said Walls.

“[Flexibility] needs to be something that is supported from the top down; that so long as you achieve in your role we will give you the flexibility you need.”

“The research is clear: companies with adaptive and agile cultures financially outperform those who do not,” she said.

“We want to see flexibility in law firms leap off the agenda of HR and onto that of finance.”

Walls said the billable hour is also holding the legal profession back, with 17 per cent of those surveyed saying they wanted traditional billing models transformed to recognise value rather than time spent at your desk.

She added, however, that the challenges to flexibility posed by time billing are not insurmountable if firms and lawyers are open to alternative ways of calculating billable hours.

Another barrier to cultural change is a misunderstanding of what ‘flexibility’ means, continued Walls. She explained that the word is often associated with part-time work, which is only one example of a flexible arrangement.

The second most-desired change was that women be able to progress unimpeded into leadership positions, attracting more than 24 per cent of responses.

A further 17 per cent of respondents wanted a thriving social and professional network, while 16 per cent asked for a network of support and resources for women seeking to start or maintain a legal practice.

In response to the results, WLANSW is launching a new Women Lawyers Network, which is designed to “empower and inspire women to create the career they want”.

On the issue of flexibility, WLANSW plans to explore the various forms of flexible work and promote the business case for having a more “agile” culture.

While the online survey was initially only sent to the WLANSW corporate and individual membership, a third of responses were from non-members who were forwarded the survey by colleagues and friends.