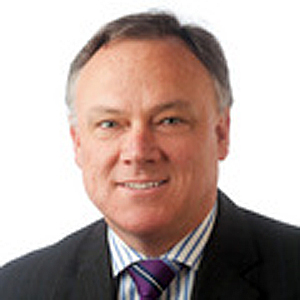 Three senior associates are among seven staff made redundant by Piper Alderman in Adelaide last week.

“This was a difficult decision, but reflects a downturn in dispute resolution work in Adelaide in the last nine months,” said the firm’s Adelaide managing partner, Tony Britten-Jones (pictured), when speaking to Lawyers Weekly.

The three senior associates laid off were all part of the firm’s dispute resolution and litigation group. A junior lawyer from that group was also let go, along with a paralegal and two shared services staff.

Britten-Jones, who is also Pipers’ deputy managing partner, said that the dispute resolution group in Adelaide was seeking to roll-out more alternate fee arrangements (AFAs) to make itself more attractive to clients in a contracting market.

“Clients want more cost certainty,” he said. “AFAs are something we offer clients for corporate and property work, and it is something we are looking to develop more fully across litigation.”

Pipers now has four partners and eight additional fee-earners in the dispute resolution and litigation group in Adelaide.

Britten-Jones said that the redundancies do not reflect a shift of resources away from Adelaide, Pipers’ foundation office, to the firm’s eastern seaboard network in Brisbane, Melbourne and Sydney.

“Adelaide is still very important to us,” he said.

Pipers has 15 partners and 41 lawyers in Adelaide, making it the firm’s second biggest office.

For the 2013 financial year, Pipers earned around $18.5 million in revenue in Adelaide, which is an increase in revenue of just over 15 per cent over seven years, at a time when Adelaide’s legal market has contracted.

For FY13, Pipers’ Sydney office pulled in $27 million, while the firm’s Melbourne and Brisbane offices each made $12 million and $7.5 million respectively.

Pipers is the latest large law firm in Adelaide to lay off staff in the past 12 months.

In the second half of last year, leading Adelaide firms Kelly & Co and Finlaysons rolled out redundancies.