‘You’re just making this up as you go along’ 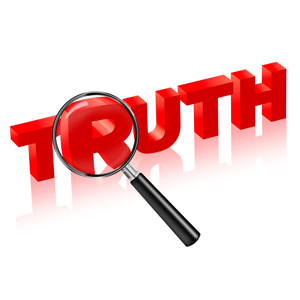 The former head of CBP Lawyers has been accused of being a liar and a fraudster at ICAC.

Nick Di Girolamo appeared before ICAC yesterday (14 April) to answer questions about his role as the head of Australian Water Holdings (AWH).

Di Girolamo was the head of CBP Lawyers before leaving the firm to take on a full-time role with AWH as its chief executive in 2007. He was accused by counsel assisting the Commission, Geoffrey Watson SC, of billing Sydney Water for a slew of expenses that included legal fees, flights, limousine hire, expensive lunches, a wedding gift and a radio advertisement with Alan Jones on 2GB.

It has been alleged that AWH falsely billed Sydney Water for expenses and used that money for executive salaries and political donations.

When asked by Watson if Sydney Water should be paying for such expenses, Di Girolamo said it shouldn’t, and labelled such charges as “mistakes”, denying it was deliberate fraud.

“And it was also you, Mr Di Girolamo, big noting yourself, going to 10 restaurants, ‘don’t worry I’ll shout, I’ll put it on my card’ and then just putting it back on Sydney Water. Wasn’t that it?” Watson alleged, to which Di Girolamo replied “no”.

It was clear that Watson was unimpressed by Di Girolamo’s testimony and he regularly called into question the lawyer’s truthfulness.

“You’re just making this up as you go along aren’t you,” asked Watson, to which Di Girolamo again replied ‘no’.

“You were attempting to disguise a fraud which you’d perpetrated upon them, wasn’t it?” inquired Watson at one stage, when asking Di Girolamo about why Sydney Water was not given invoices and receipts it had requested.

Just prior to yesterday’s proceedings being adjourned, Watson accused Di Girolamo of telling a ‘barefaced lie’ and of being an “old-fashions(sic) shyster fraudster”.

“I don’t think a good old fashioned shyster would actually do that,” replied Di Girolamo in refuting that particular assertion.

Di Girolamo is facing accusations that he was involved in funnelling money to a slush fund controlled by the senior Liberal Party figure Chris Hartcher, and that he colluded with members of the Obeid family to try and win a government contract.

It has previously been revealed that Di Girolamo had paid himself a sign-on fee of $250,000 in becoming the chief executive of AWH and that once bonuses were factored in, his salary at AWH was in excess of $1.3 million.

“You came in there and immediately formed the view that you would milk it, milk it and get every cent you could get out of Sydney Water Corporation,” asked Watson as Di Girolamo took the stand.

In an interview with Lawyers Weekly last month, Di Girolamo’s successor as CBP head, Dunstan de Souza, sought to distance the firm from the Obeid family and the alleged actions of Di Girolamo.

CBP is currently taking legal action against the Obeid family, claiming it is owed $750,000 for legal services.

“The first matter we opened for the Obeids was in late 2008 and the last matter was in October 2012,” said de Souza, who said that in that four-year period they did six separate pieces of work for the Obeids. “In that same period we opened almost 15,000 files and only six were for the Obeids.

“They are a very miniscule part of our firm.”

In March senior CBP partner Greg Skehan appeared before ICAC with regard to his role as a director of AWH between March 2009 and January 2013.

Who altered the bill from Allens?

At yesterday’s ICAC hearings it was alleged that Sydney Water was billed when Di Girolamo attended briefings and sought advice in his capacity as the head of AWH.

Allens were also used by AWH in an ongoing dispute with Sydney Water.

“Why should Sydney Water be paying for the legal fees of somebody mounting a case against them?” asked Watson.

Di Girolamo claimed that contractual arrangements between AWH and Sydney Water provided for the public company to pay the legal fees of AWH.

It was also alleged that a bill addressed to AWH from Allens had been altered. It was alleged that reference to AWH was crossed out on the invoice and it was remitted back to Sydney Water.

Di Girolamo denied knowing who did this, even though the bill was addressed to him.

“On the face of it it seems like that somebody was trying, effect, accrued fraud,” said Watson. So we want answers Mr Di Girolamo – we know you had it, who else could have done it apart from you?”

“Whoever internally received a copy of it,” he replied.

It also emerged at yesterday’s hearing that Di Girolamo had also used DibbsBarker for legal services, and that Eddie Obeid Junior had used the services of Sevag Chalabian, who left the partnership of DLA Piper to found Lands Legal in 2004.

ICAC also heard yesterday that ex-CBP partner Gamimi Colless was at a meeting with Di Girolamo and Moses Obeid in 2007. Colless joined HWL Ebsworth in 2012.

Di Girolamo denied selling shares to an Obeid entity when pressed by Watson about links between AWH and the Obeid family.

Di Girolamo did admit that Eddie Obeid Junior was involved in the decision to install Michael Costa to replace Arthur Sinodinos as the chairman of AWH.

‘You’re just making this up as you go along’