Home/
News/
Business as usual for Squires despite merger

Business as usual for Squires despite merger 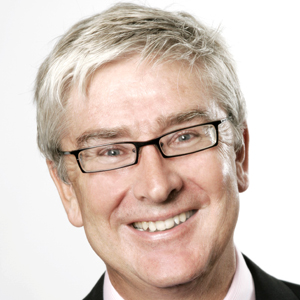 The head of Squire Sanders in Australia has told Lawyers Weekly that its recent merger “is not a big deal” for the firm’s Australian practice.

The head of Squire Sanders in Australia has told Lawyers Weekly that its recent merger “is not a big deal” for the firm’s Australian practice.

In the US last Friday (23 May) it was announced that Squire Sanders will be merging with Patton Boggs, the latter firm having five offices in North America and four offices in the Middle East.

The merger will commence on 1 June, with the new firm to be called Squire Patton Boggs.

“This won’t really change anything for us,” said John Poulsen (pictured), the Perth-based managing partner of Squire Sanders in Australia. “It is not a big deal for us, just a change of name.”

Poulsen said that while the merger won’t change the firm’s strategy or focus in Australia, he believes there will be long-term benefits for the firm in Australia as a result of its lawyer numbers swelling in America and the Middle East.

“Increasing our presence in the US will lead to more M&A work in Australia, and Patton Boggs’ client base in the Middle East is basically the sovereign wealth funds and wealthy royal families, and they are always on the acquisition trail.”

The merged firm will have around 1600 lawyers in 45 offices spread across 21 countries.

Three of Patton Boggs’ lawyers that work out of the Doha office live in Australia, including Brisbane-based partner, Sonia Barber.

Squire Sanders enters the merger as the larger and more stable merger partner.

Patton Boggs has seen scores of lawyers leave the firm over the past 18 months, with its revenue also falling from above US$300 million to around US$280 million.

The firm has also endured a long-running legal battle with Chevron, which greatly affected the merger negotiations.

Poulsen, who was intimately involved in the merger discussions as a member of the global board of Squire Sanders, said that Patton Boggs’ reputation and political connections in Washington still made it an attractive partner.

“Yes, Patton Boggs is going through some difficulties, but it is a high-quality, high-calibre firm with a very good client base and good people,” said Poulsen, adding that Patton Boggs is a “fabled name” in Washington where it has a high-profile public policy practice.

Poulsen, who has previously spoken passionately about the need to eradicate incentives in large law firms for lawyers to engage in “selfish, silo-type behaviour”, said that the “collaborative and collegiate” nature of Patton Boggs’ practice meant it was a good cultural fit.

Business as usual for Squires despite merger