Home/
News/
More than a lawyer

More than a lawyer 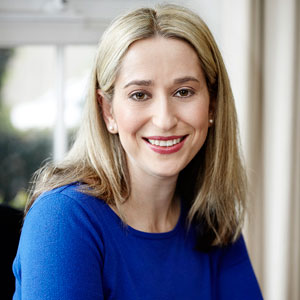 The former head of Australian Women Lawyers (AWL) has rejected a traditional legal path for a more eclectic professional life.

Today (1 July) Kate Ashmor (pictured) officially launched her own firm, Ashmor Legal, which she will run out of her home in Caulfield, Melbourne. The residential conveyancing, IP and ICT practice will mainly service small businesses.

Ashmor told Lawyers Weekly that she quit her in-house role at Public Transport Victoria to become a sole practitioner because she wanted to devote more time to her non-legal ambitions.

“I wear a lot of different hats simultaneously and in order to ... take the other activities I do outside the law to the next level, I decided that starting my own firm was the best way forward,” she said.

Ashmor is currently deputy chair of the board of Caulfield Park Bendigo Bank and sits on the board of Alola Australia, a not-for-profit organisation supporting women and children in Timor-Leste. She is also involved with Victorian Women Lawyers and recently served a one-year term as president of AWL.

As president, Ashmor pressured firms, organisations and the Bar to address the high attrition rate of women. She also proposed solutions to childcare challenges faced by female lawyers.

Now, she is urging the profession to abandon time-based billing.

“[Time-based billing] has been analysed to death in publications like Lawyers Weekly, along with all the … reasons why it is not the optimal way to bill clients,” she said.

“It is ridiculous that the legal profession cannot innovate like every other profession in order to keep up with technology and globalisation – there’s just no excuse.”

Fixed fees will be the billing method of choice at Ashmor Legal.

Ashmor claimed lawyers are fed up with the inflexibility of the large law firm model when commenting on the trend of senior partners leaving national and global firms to start their own boutiques.

She said it is virtually impossible for lawyers to pursue hobbies, entrepreneurial ambitions or other non-legal interests if they are “chained to a desk for 12 hours a day”.

“It is a waste of talent, resources and opportunities to be stuck in a city office between 8am and 8pm every day,” she said.

“People have had enough of it and they’re saying ‘no, there’s another way’.”

Long working hours and the benefits of pursuing interests outside the law were also issues raised at last week’s (23 June) launch of Lifeline for Lawyers, a telephone support service for lawyers experiencing emotional and psychological distress. Lifeline chair John Brogden, a guest speaker at the event, discussed the results of a study that found that the lower a lawyer’s engagement outside the profession, the higher the risk of mental illness.

While private practice partners can start their own firms with the knowledge that their clients will follow them, Ashmor will be building a client list from scratch.

Even so, she is confident that it won’t take long to convert the contacts she has made through her many networks into clients.

“I’ve decided to take a leap of faith … worst case scenario, I come crawling back with my tail between my legs and my pride in my hands, but at least I’ll know I gave it a shot and I challenged myself,” she said.

However, Ashmor said she will not overload herself. The mother of a two-and-a-half-year-old daughter said she is looking forward to spending more time with, and growing, her family.

More than a lawyer