Major reforms needed to keep women in the law 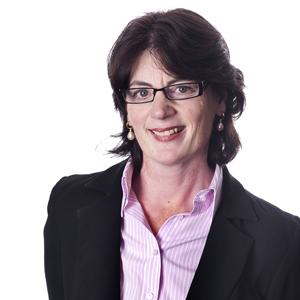 Six months after a damning report by the Law Council of Australia, one of the study’s key figures has said the profession has a long road ahead of it to promote gender diversity.

Six months after a damning report by the Law Council of Australia (LCA), one of the study’s key figures has said the profession has a long road ahead of it to promote gender diversity.

She told Lawyers Weekly that firms need to set short-term and long-term goals to lower female attrition rates and stamp out bullying, discrimination and sexual harassment.

McLeod pointed out that despite women making up over 60 per cent of law graduates, they represent only 46 per cent of the profession.

“It costs a firm hundreds of thousands of dollars to retrain a junior staff member every time [they] lose someone through attrition. There are direct savings to be had by retaining workforce,” said McLeod.

According to McLeod, the reasons for female attrition are numerous, including “the persistent pay gap; the long working hours and pressure of managing workload with family life; unhappiness with opportunities to use skills in interesting and diverse work; and, worryingly,… discrimination, intimidation or harassment at work.”

In the NARS report, which surveyed 3801 practicing lawyers, half of all women claimed to have experienced discrimination due to their gender and half of all women (and one in three men) reported being bullied in the workplace.

McLeod said the NARS report reflected “a context generally of the disempowerment of women” where dealing with problems was not a priority “even though the figures are quite shocking”.

What can be done?

According to McLeod, the issue of female attrition is multi-dimensional and resolving it requires a dedicated effort from all groups within the profession.

She said law firms should reform their promotion criteria so that having a family is no longer a barrier to career progression.

The problem is that the skills of practising law are largely learned post-qualification through supervised work, but these skills can take so long to acquire that lawyers start having children before they have fully developed their career, said McLeod.

“[Our] prime family or child-bearing years [are] at exactly the time we’re facing a more dynamic or unpredictable workload with seniority.

“In those competing years, the demand of seeking a promotion or having a life just become too hard to reconcile for many women and the choice is made to go somewhere where the workload is more certain,” said McLeod.

Temporary absences and re-entry to work need to be normalised and benchmarks for promotions based on billable hours need to be adjusted to cater for lawyers with commitments outside of work, she said.

Strong leadership by women who can “state the business case, direct policy development, nurture the next cohort and set transparent criteria for the advancement of the allocation of work” will aid this process of change, she said.

A culture of collaboration

The NARS report also showed that women were happiest and work best with the strong support of relationships.

McLeod called on law firms to “build on the loose, informal arrangements and institutionalise real sponsorship with incentives for senior people to promote and engage in those arrangements”.

McLeod said a raft of guidelines, conduct rules and processes with “zero tolerance” for abusive and offensive behaviour need to be implemented and supported by law firms in order to address bullying, intimidation and harassment.

Measuring progress is important too; McLeod said the NARS report works as a baseline measurement from which the legal profession should set targets.

The LCA is planning to hold a symposium on the back of the NARS report, which will produce some consensus statements, set goals and articulate policies that firms can adopt to promote gender diversity.

McLeod said she would encourage poorly-resourced small firms to “cherry pick” the policies that they feel they can easily achieve and set long-term goals for the more challenging reform projects.

The symposium will work like a roundtable discussion and bring a range of people into the conversation, including young lawyers, students, large and small firms and lawyers from remote and regional communities.

“I actually have a great optimism about it. I feel like there is a sense of momentum building.

“I think there is a groundswell for change…. especially at the large firms that are pretty well resourced [and]… are able to throw their weight into seriously tackling the issue at a very senior level,” McLeod added.

Major reforms needed to keep women in the law