Lawyers call for alternatives to prison 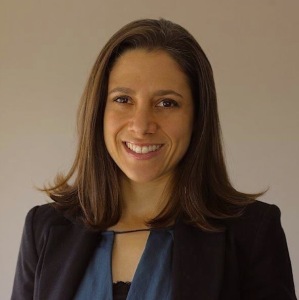 The Human Rights Law Centre (HRLC) is urging the government to fund community-based crime prevention services in the wake of new figures that reveal a 10 per cent jump in prison numbers.

HRLC senior lawyer Ruth Barson (pictured) described the trend as “alarming” and has called on the government to consider alternatives to imprisonment.

“We’re not in the grip of a crime wave that’s driving up our prison population; it’s misguided and heavy-handed law and order policies that are putting more strain on our prison systems and requiring ever increasing amounts of money,” she said.

Barson highlighted ‘justice reinvestment’ as an approach that has delivered positive results in the United States. The initiative channels funding into community-based services aimed at addressing the underlying causes of offending and preventing re-offending in the long-term.

“We know that community-based sentencing options can work better than prison and we know that early intervention is more effective and far less costly,” said Barson.

“Money spent outside of prisons on social services would go a long way as it helps prevent certain crimes from occurring in the first place.”

Barson also criticised current government policies as having a disproportionate impact on Aboriginal and Torres Strait Islander peoples, who represent three per cent of the general population but more than a quarter of the prison population.

This is most evident in the Northern Territory, which has the highest imprisonment rate in the country, where Aboriginal people represent more than 85 per cent of the prison population, yet only around 30 per cent of the general population.

“We know that justice reinvestment works to cut crime, cut prison numbers and cut spending. But by and large, this evidence is being ignored,” she said.

Lawyers call for alternatives to prison