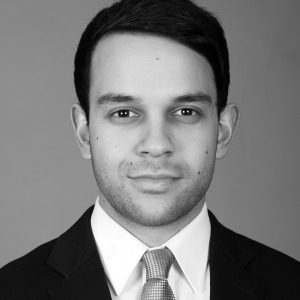 Global firms are strongly represented in the shortlist for this year’s 30 Under 30 M&A Award, with Herbert Smith Freehills picking up two finalist spots in this category.

HSF lawyers Jason Jordan (pictured) and Michael Compton have taken lead roles on major deals to earn their place among the finalists for this competitive award.

Mr Jordan has advised the likes of Leighton Holdings, specifically on the firm's $1.15 billion sale of John Holland to CCCC International Holding Limited.

He was the lead non-partner in the transaction, which saw him coordinate the legal due diligence, prepare various transaction documents and complex advices, and project manage internal and external work streams.

The solicitor appears to be well on his way to a partnership role, advising on structural and regulatory issues relating to schemes of arrangement and takeover bids, drawing on HSF resources to deliver commercial and relevant due diligence and undertaking a complex analysis of Australia’s foreign investment laws.

Mr Compton is also an adjunct lecturer at the University of Technology Sydney law school, lecturing in takeovers law.

The M&A Award will be presented at Lawyers Weekly's 30 Under 30 gala event in Sydney on June 5. Tickets are on sale now – to secure your seats, click here.

Another global firm represented in this category, Ashurst, has another seven finalists spread across this year’s 30 Under 30 program.

Senior associate Jason Hewitt has been recognised by his firm for developing strong client relationships, with one client, BlueScope Steel, praising Mr Hewitt for his “pragmatic perspective” during a secondment to the company in 2013.

Since then, he has continued to make client connections that have contributed to the success of major deals. For example, Mr Hewitt’s relationship with Boasteel’s counsel has been credited with ensuring the efficient implementation of last year’s $1.4 billion joint takeover bid by Baosteel and infrastructure company Aurizon for Aquila Resources.

The ABL lawyer also finds time to work on pro bono matters for community organisations, charities and other public interest groups, while also mentoring junior lawyers at the firm.