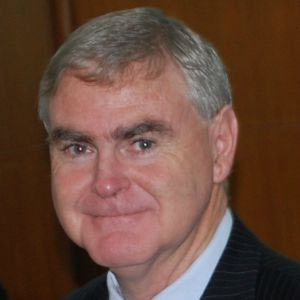 Money laundering is rife in the property industry and lawyers could be implicated in criminal activity if they are not careful, according to a financial crime consultant.

Foreign investors use the Australian property market extensively to launder the proceeds of serious criminal activity and corruption, Chris Douglas (pictured), the founder of Malkara Consulting, has claimed.

“Lawyers have a high risk of being inadvertently involved in money laundering, particularly when dealing with the illegal purchase of Australian property by foreigners,” he said.

He has advised law enforcement groups around the world and is currently in Nigeria training elements of the Nigerian Police Force.

He said property lawyers could become unwittingly involved in money laundering schemes if they do not take steps to properly screen their clients.

These schemes are often designed in such a way that professionals do not have access to all the information upfront, and therefore cannot easily determine the source of funds or identify all the individuals involved.

“The complex nature of money-laundering schemes are designed to mask the source of or intended use of funds and the real people involved,” Mr Douglas said.

“A lawyer undertaking a property transaction […] might not see or be party to all of the transactions and events surrounding the activity. They might only have a small but important role in any property deal.”

Mr Douglas said the best way to avoid being accidentally caught up in a money laundering scheme was to capture information about clients.

“Even as a basic internal control and anti-fraud measure, any lawyer should at least know who they are dealing with,” he said.

“This process involves obtaining as much relevant information from a customer as possible that could identify potential leads that result in the provision of additional services for the client.”

He said that property lawyers should ask potential clients personal information, such as their full name, date of birth, current address, occupation, marital status, salary/wages, details about children, source of funds and what other properties they own.

“A lawyer might receive push back from the new client about the questionnaire but it is important that [...] staff explain to the person that the information is to be used to enable the firm to get a better understanding of their current and future needs,” said Mr Douglas.

What to watch out for

There are certain signs that indicate potential criminal activity and risks, and lawyers should be alert to them, continued Mr Douglas.

“These indicators might also be relevant in assessing or determining whether a lawyer has acted recklessly or negligently in their dealings with property,” he said.

Lawyers should be wary of any transaction involving a large amount of cash, multiple bank cheques or any amount of money that has not been sourced from a loan and appears to be inconsistent with the client’s occupation and earnings, he added.

“Any person who deals with cash is suspect. If they claim it is from lawful business activity, then are they evading tax?” said Mr Douglas.

He said lawyers should also watch out for funds labelled as ‘education expenses’ that are grossly in excess of the amount required to pay for a foreign student’s education in Australia.

Property purchases that do not involve identity checks of the persons involved are also concerning, he continued. This includes 'anonymous shell companies' established in ‘secrecy jurisdictions’ or countries with lax corporate laws.

“Dealing with these anonymous shell companies who may be involved in a property purchase chain, adds significantly to the risk that the true owner has been involved in crime or is trying to avoid a lawful obligation, such as seeking prior approval as a foreign person to purchase Australian property,” said Mr Douglas.

Lawyers should be careful when providing advice to clients who source funds from countries with high levels of reported corruption, he said, adding that people who occupy positions in government in countries with a reputation for corruption are also ones to watch.

“While it is not suggested they are all corrupt, if they originate from a jurisdiction with a reputation for corruption, […] then further due diligence by any prudent professional would be warranted,” said Mr Douglas.

Any financial transaction that appears “unnecessarily complicated” or involves multiple parties and multiple transfers of funds should also be viewed critically by lawyers, he said.