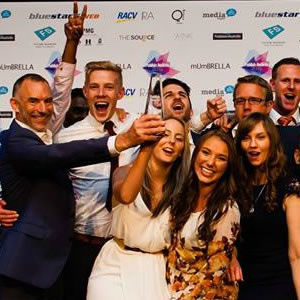 Sterling Publishing, publisher of Lawyers Weekly, has taken out the coveted Business Publishing Company of the Year award for the second year running at the 2015 Publish Awards.

The awards were presented at a gala dinner held at Doltone House, Sydney on Wednesday 21 October. More than 300 industry professionals were in attendance, representing the very best publishers across both business and consumer titles in Australia.

Rebranded from the Publishers Australia Excellence Awards this year, the event is the longest-running award ceremony for the print and digital publishing industry.

With a record number of entries to this year’s awards, Sterling Publishing fought off stiff competition to be crowned Business Publishing Company of the Year.

“To be named Business Publishing Company of the Year for the second year running is a great achievement for Sterling, and recognition of the innovation and depth of talent across the business that continues to drive our success,” said group publisher Alex Whitlock.

“It was fantastic to see such a big crowd at the awards and to celebrate the achievements of publishers big and small across Australia.”

The entries were judged by an expert panel of nearly 50 judges from across the publishing industry. For a full list of winners, click here.