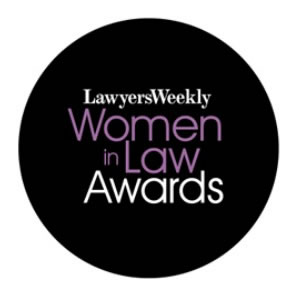 The Senior Associate of the Year category in Lawyers Weekly's fourth annual Women in Law Awards received a record number of entries this year.

Presented by e.law International, the hotly contested category has been narrowed down to 12 finalists hailing from 11 different firms.

While some finalists have held their position as a senior associate for a while, others have only just started the role and are already finding themselves among the best.

Finalist Rachel Dawson was promoted to senior associate in Herbert Smith Freehills’ employment and industrial relations practice in Western Australia at the start of the 2014-15 financial year.

During her first year in the position, Ms Dawson worked on more than 80 matters and was sent on a secondment within the legal team of Australia’s largest resources company.

Daria McLachlan from Sparke Helmore has held the position of senior associate for less than a year, being promoted on 1 January.

Ms McLachlan has since worked across many areas of law and provided more than 60 hours in pro bono assistance to various clients.

Meanwhile, Melissa Sinopoli from Macdonnells Law is the youngest female to be promoted to senior associate in the firm’s 131 years of operation.

Other finalists boast international experience, such as Alyssa Phillips who is now senior associate in Ashurst's competition practice in Brisbane.

Ms Hundt Russell originally joined KWM as a summer clerk in 2004-05 and then as a graduate lawyer in 2006. After two separate stints in New York and London with Cravath Swaine & Moore LLP and Freshfields Bruckhaus Derringer LLP, she returned to KWM in May 2014.

The winners will be announced at a black tie gala dinner at the Grand Hyatt in Melbourne on 27 November – tickets available now.