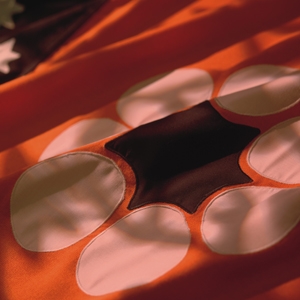 Australia could learn from Northern Ireland when it comes to investigating deaths in police custody, according to the president of the Australian Lawyers for Human Rights.

Australia could learn from Northern Ireland when it comes to investigating deaths in police custody, according to the president of the Australian Lawyers for Human Rights.

Stephen Keim has called upon the Northern Territory Government to ensure that a well-resourced investigation unit is established, independent of the police force, and capable of responding quickly when an incident occurs.

Keim’s call comes in the wake of the death of Terrance Briscoe, a 28-year-old Anmatyerre man who died in the Alice Springs watch house on 5 January after he was arrested for drunken behaviour.

Keim said a fast response Ombudsman Police Custody Investigation Unit would be an acceptable alternative to measures already in place, and said it is important that any such body be at the scene quickly, is independent and capable of conducting an effective investigation.

“The recent death in custody in the Alice Springs watch house is an important reminder of the absence of independent investigators at the scene of such incidents,” he said. “One of the primary lessons learnt from the Palm Island coronial inquest in Queensland was that police investigating police is far from best practice and may compromise the ability to ascertain the causes of death which occur when a person is in police custody.”

Keim also called on the Australian Government to ratify the Second Optional Protocol to the Convention against Torture and Other Cruel, Inhuman or Degrading Treatment or Punishment (OPCAT) to ensure independent monitoring and inspection of police lock-ups and detention facilities.

“The ratification and implementation of the protocol will assist in ensuring that conditions and practices in Australian detention facilities are best practice. This is another proactive way of preventing deprivation, mistreatment or death from occurring in custodial situations,” he said.

“It will also provide a reputational dividend for those police services who have established good practices confirming to the world by the reports of the investigators that Australia maintains the high standards required by international human rights instruments.”