The Australian Centre for International Commercial Arbitration (ACICA) has brought its rules up-to-date in a bid to position Australia as an arbitration hub.

This is the third time in the last 10 years that the rules have been changed. The new rules, which were announced last week, will come into effect on 1 January 2016.

“It's an exciting time for arbitration in Australia,” said ACICA president Alex Baykitch. “There is some real momentum building."

The rule changes are intended to make arbitration more cost-effective and efficient for users, according to Mr Baykitch.

“The rules are constantly being revised and amended to take into account problems that might arise or ideas that people have that might further improve the process,” he said.

“I don't think ACICA is unique in this regard. The Singaporeans are conducting a similar review of their rules at the moment."

Malcolm Holmes QC, ACICA director and chair of the ACICA Rules Committee, said the new rules take into account changes in arbitration around the world.

“[We] had the benefit of being able to draw on the wide international arbitration experience […] in preparing the new rules,” he said.

ACICA secretary general Deborah Tomkinson said the new rules make procedures more appropriate for users, but also “take into account all the changes that are happening internationally to ensure that we continue to provide for best practice”.

Significant changes in the rules are in the areas of expedited procedure, conduct of legal representation, law of arbitration agreement, joinder and consolidation and the overriding objective. 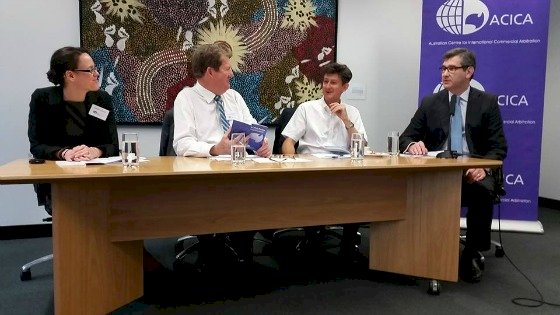