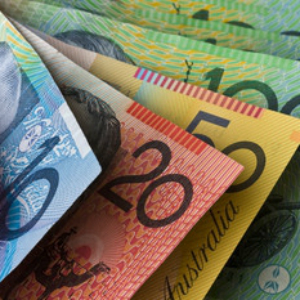 A lawyer in the ACT has been found to have misappropriated more than $47,000 in client fees by a tribunal.

The legal practitioner – whose name has been suppressed but was referred to as 'WA' – was found to have engaged in professional misconduct by the ACT Civil and Administrative Tribunal last week.

Allegations of WA’s professional misconduct emerged after complaints were made to the council of the Law Society of the ACT in 2014 by two solicitors who had purchased WA's sole legal practice in 2013.

The pair, who had retained WA as a consultant after the purchase, alleged that WA had taken $7,000 of client legal fees owed to the firm.

WA initially disputed the claim, saying that although he had mistakenly requested the client pay money into his personal account, it was not "misappropriated" because he had made out a cheque to the firm for the sum. The complainants denied ever having received a cheque.

Following a decision to pursue disciplinary action against the practitioner in June last year, WA made admissions to the law society that he had recklessly misappropriated the trust funds. He maintained that he did not breach Rule 39.2 of the Solicitors Rules.

However, as further unusual movements of client money came to light, the law society was compelled to amend the particulars of its application to the tribunal.

The law society also amended particulars with respect to breach of Rule 39.2, adding that "WA had attempted to mislead".

The law society sought a finding that WA was guilty of professional misconduct and that the tribunal recommend his name be removed from the local roll.

Information later provided by WA assisted the tribunal in making its final determination.

In October, WA made a statutory declaration which set out the scope for finding additional misappropriation of client funds beyond the initial $7,000.

He also provided the law society with a document that detailed 20 further instances of payments where he had misappropriated funds owing to the firm. Those payments came to a total of $40,227 plus more than $5,000 interest.

In its decision, the tribunal cited a "most compelling" portion of WA's statutory declaration where he outlined his intention to plead guilty to charges of professional misconduct should there be "further complaint" in light of the new information.

The tribunal members described WA's misconduct as "sufficiently serious" to justify recommendation to the Supreme Court that he be struck off.

The tribunal members also expressed concern for clients of a NSW-based legal practice that has been established by WA since, who may be impacted by last week’s decision. A further request was made for the NSW Legal Services Commission and NSW Law Society to be notified of the recent tribunal order against WA and its reasons.