Lawyers tune into social media to ‘move with the market’ 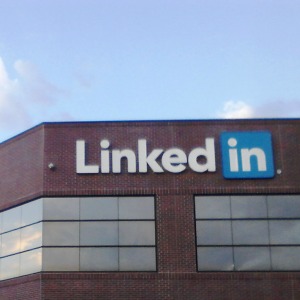 Engagement with discussions on social media and online commentary is vital in helping lawyers stay abreast of their clients’ needs, a partner has said.

Hall & Wilcox partner Mark Inston recently spoke to Lawyers Weekly about the changes facing lawyers in the current market, including the growing importance of 'social listening' across platforms, particularly in banking and finance.

In his view, lawyers are increasingly relying on discussions online to inform their view, allowing them to provide clients a better assessment of market trends and competitive expertise.

"We’re using [social media] more and more to understand where the market is, where the new trends in the market are going, and where our competitors are going," Mr Inston said.

He suggested LinkedIn was an increasingly valuable source of market information, both for its far-reaching network and commentator content, but also acknowledged Twitter as a platform for useful intel.

When asked about key issues facing banking and finance lawyers in the current environment, Mr Inston identified "moving with the market and understanding our clients’ needs".

"We act for banks, we act for Westpac and a lot of overseas banks. And their market changes as the world changes," he said.

"As a banking and finance law firm advising those banks, we have to be at that forefront."

In particular, he pointed to blockchain technology, peer-to-peer funding and crowdfunding as trends that posed both challenges and opportunities to his clients.

In a rapidly changing landscape, keeping an ear to the ground via social media is a key skill, he suggested.

Media and commentators also play an important role, he suggested, providing commentary and context as to where the market is heading and what clients expect.

However, the exchange is not one-way. Mr Inston sees it as equally important for the firm to take part in online discussions and contribute thought leadership.

"Social media is very, very important, including being able to respond – it’s not only being a passive recipient of views but also expressing our own views and being an active participant on social media," he said.

"I think is absolutely key and that’s certainly a change that I’ve seen over the last five years in practice."

The ‘microlevel’ online exchanges between lawyers within the firm also helped facilitate the exchange of ideas, he suggested. Like many firms, Hall & Wilcox uses a system called Yammer for its internal communications.

Hall & Wilcox has adopted a campaign known as Smarter Law, which is seeking to meet the demands of the market in new ways.

As part of the push, the firm recently launched an app that draws on AI technology to assess clients’ likelihood of recovery.

According to Mr Inston, the need for firms to rethink their approach to legal practice began some 20 years ago.

"[Back then] you had highly paid lawyers doing quite sort of menial tasks. And now, that’s impossible to do," he said.

"We have automation, we have document production, we have paralegals producing standard security documents. With that upfront investment it means we can produce documents for a much lower price and the price meets the expectations then of the market."

By and large, Mr Inston believes the legal sector is staying abreast of the new competitive environment. However, he issued a warning to those who had not begun to adapt to technology and heightened competition.

"All of the firms that I talk to are pretty active and are doing things because, like us, they want to be around in 20 years time," he said.

"There are very few firms that are behind the eight-ball. Those firms will get left behind."

Lawyers tune into social media to ‘move with the market’