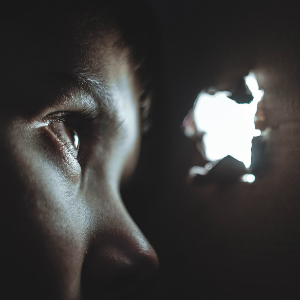 Proposals to reform Australia’s intellectual property scheme contradict the government’s innovation agenda and sell out the national interest for short-term consumer gains, according to Shelston IP.

“It seems the Commission is taking the attitude that Australians cannot compete and should just take what they can, while they can, from those who do innovate,” Mr Redfern said.

“Undermining the rights of IP holders may result in reduced costs to consumers in the short-term, but will come at a cost to the country in the medium to longer term. Rather than being tempted by the allure of short-term gain, our collective efforts should be tackling the more challenging option of making Australia a net exporter of IP,” he said.

Shelston IP has made a submission to the Productivity Commission in response to the draft report, which identifies 10 recommendations it describes as “anti-IP initiatives”.

Mr Redfern warned that implementation of these recommendations will hinder Australia’s entrepreneurs and investors. He also believes they contradict the National Innovation and Science Agenda.

Flagging a particular proposal to remove patents for software-related inventions, he said: “The absence of patents [which] support local software developers raise funds from investors will either stifle or stop the development, or simply impart further incentive to undertake the development in the US or another country where patent protection is available.”

He added: “The Commission’s reasoning ignores the fact that it is entrepreneurs and investors, not the government, that commercialise innovations produced by our local software developers.”

The IP lawyer is so critical of the recommendations that he has dubbed the Productivity Commission’s interim publication as the ‘anti-intellectual property draft report’. In his view, boosting the international competitiveness of local innovators, who range from small business to universities, cannot be achieved by curtailing the rights of IP holders.

“There are plenty of Australian software companies doing the hard slog to develop valuable products here in Australia for local use and export,” Mr Redfern said.

“Political leaders of all persuasions have consistently demonstrated that they understand the need for Australians to innovate and compete, not to give up. And yet we have the Commission recommending that one of the key supports for our innovative digital future be taken away, which is completely at odds with the government’s innovation and science agenda policy imperatives.”

“We can choose to be lazy and effectively ignore IP, or we can choose to compete with other countries to generate and protect our IP,” Mr Redfern added.

The group described the approach endorsed by the draft recommendation as one that “subjugates the interests of Australian innovators seeking to protect intellectual property in Australia (and elsewhere)”.

The Law Council went on to warn that the long-term consequence of abolishing patents for software and business methods would be a detrimental effect on global innovation or “lead to increasingly prescriptive treaties and trade agreements as a condition of trade in the goods and services which Australia wishes to export”.

The Productivity Commission is expected to release its final report later this year.