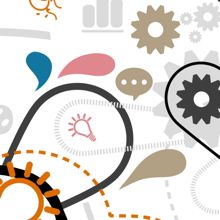 Former High Court chief justice Gerard Brennan says there is no room in Australia to introduce sharia law as a parallel legal system, arguing the idea is misconceived.

Former High Court chief justice Gerard Brennan says there is no room in Australia to introduce sharia law as a parallel legal system, arguing the idea is â€œmisconceivedâ€.

In a speech at the University of New South Walesâ€™ annual Hal Wootten lecture, he said any move to create legal â€œpluralismâ€ could undermine the cohesiveness of Australiaâ€™s multicultural society.

"There have been some suggestions that, following the growth of Islam in Australia, there is room for a pluralistic legal system, a system in which at least some parts of Islamic sharia law might operate as part of Australian law and in parallel with the common law system â€¦ That suggestion seems to me to be misconceived," Sir Gerard said.

â€œA Muslim is free to adhere to the beliefs, customs and practices prescribed by sharia law insofar as they are consistent with the general law in force in this country,â€ he said.

However, â€œno court could apply and no government could administer two parallel systems of law, especially if they reflect, as they inevitably would reflect, different fundamental standardsâ€.

Sir Gerard said that when a community is, or becomes, multicultural, â€œas the law will, of its nature, apply generally and uniformly, the democratic principle prescribes that the culture of the majority is determinative of the legal structureâ€.

â€œMinority practices which offend the fundamental moral standards of the majority have to be abandoned, for there is no community if basic moral standards are in conflict.â€

He said the common law leaves a gap between the mandates of the law and the conduct that we choose to engage in according to our individual moral standards.

â€œWe call that gap â€˜freedomâ€™ and it allows Australian law to protect the cultural moral values of our minorities,â€ he said.

â€œWe are proud of our multi-cultural, multi-ethnic, multi-religious society especially because our citizens, including the Islamic community, share the basic Australian values of tolerance, egalitarianism, and individual freedom in thought and action. That consensus provides the essential cohesiveness of our society and the moral support for our integrated system of law. It secures the peace and order that we cherish.â€