Lawyers should be vigilant of how governments justify laws that encroach on traditional rights and freedoms, the Australian Law Reform Commission president has said.

According to the president of the Australian Law Reform Commission (ALRC), scrutinising laws and how they align with traditional rights and freedoms is incumbent on all lawyers.

Delivering the 2016 Mayo Lecture in Townsville last week, Professor Rosalind Croucher said that rights-mindedness should be the mental state of all lawyers.

‘Rights-mindedness’ is a phrase coined by Professor Croucher, who led the ALRC Traditional Rights and Freedoms – Encroachments by Commonwealth Laws inquiry.

“Scrutiny of laws for compatibility with rights may be seen as part of the ‘democratic culture of justification’; or what I have called ‘rights-mindedness’,” Professor Croucher said.

“Asking questions about limitations on rights should become part of the standard vocabulary of lawyers – and law teaching."

The Freedoms Inquiry concluded in its report that the proportionality test, among other tests, was a valuable method to critically analyse the justification of laws limiting traditional rights and freedoms.

Professor Croucher said she believed testing for proportionality was a useful matter of course for law-makers, judicial officers and law reform academics.

“While the ALRC report did not propose that one particular method must always be used to test the justification for laws that limit traditional rights and freedoms […] proportionality tests call for a considerable degree of rigour, and are clearly more thorough than unsupported statements that ‘a law is justified because it is in the public interest’,” Professor Croucher said.

“Importantly, the use of proportionality tests suggests that important rights and freedoms should only be interfered with reluctantly—when truly necessary."

The keynote address explored the mammoth undertaking of what has been described as on of the Commission’s broadest ever inquiries.

The Freedoms Inquiry was commissioned by the government in 2014 and set out to identify and critically examine those Commonwealth laws which may encroach upon traditional rights, freedoms and privileges. The final Freedoms Report was released by the government earlier this year.

In her speech, Professor Croucher illustrated the dynamic relationship between the power of the courts and the executive through the principle of legality and the notion of the ‘supremacy of parliament’.

“It was an extremely broad reference and also very philosophical on many levels,” Professor Croucher said.

Professor Croucher further noted that the inquiry process was an “enlightening journey”, particularly what it revealed about the embedded nature of rights protection in the common law.

The report offered a timely contribution to broader discourse about the protection of rights in democratic societies, she added.

“I genuinely believe this to be an historic document. Not merely a body of topic specific law reform, which is the usual work of the ALRC, but a benchmark document which will be serviceable to governments and parliaments in all the years to come,” she said. 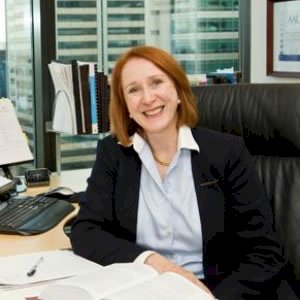