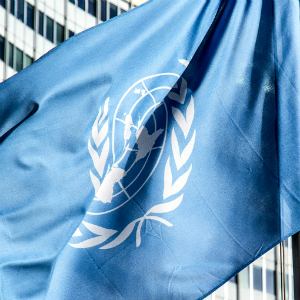 Legal bodies have welcomed news that the federal government will implement the optional protocol of an international anti-torture treaty by the end of the year.

The Australian government will invite outside scrutiny of the conditions and practices in its detention facilities and prisons, following an announcement that it will ratify the optional protocol of the Convention against Torture and Other Cruel, Inhuman or Degrading Treatment or Punishment (OPCAT).

Australia’s plans to ratify the optional protocol were revealed by Attorney-General George Brandis QC at a forum hosted in Canberra last week.

“Our focus will be on what might be termed ‘primary’ places of detention, such as prisons, juvenile detention, police cells and immigration facilities,” Senator Brandis said.

“Any environment in which the state deprives a person of his or her liberty poses unique challenges; such challenges are perhaps at their most acute in such places,” he said.

The A-G told an audience at the DFAT NGO Forum on Human Rights that endorsing the protocol would ensure Australia translated human rights into personal respect for every person in detention. He went on to suggest that effective implementation of the OPCAT would encourage ongoing inspections of detention facilities, in addition to improved conditions.

“Attending closely to the particular environments in which individuals find themselves […] ensures that human rights are not merely fine sentiments, not merely cries into the void, but instead are translated into real respect for [the] dignity of actual individuals,” Senator Brandis said.

Responding to the announcement, Australian Lawyers for Human Rights (ALHR) said the news was welcome but “long overdue”. The group pointed to recent incidents at Don Dale Youth Detention Centre in the Northern Territory and the treatment of Victorian children in maximum-security adult prisons as evidence of the need for greater oversight in Australia.

The A-G indicated that implementation will see the establishment of a National Preventive Mechanism (NPM), set up to prevent the torture and mistreatment of detainees. The mechanism will comprise existing inspectorates around the country. As per the treaty, NPMs are responsible for inspecting detention facilities and recommending that relevant authorities co-operate with the UN OPCAT subcommittee.

Under its implementation model, the Commonwealth Ombudsman has been put forward to co-ordinate research undertakings and lessons learned between inspectorates. The ombudsman will also be tasked with identifying gaps and liaising with the UN.

Law Council of Australia (LCA) president Fiona McLeod SC applauded the government’s pledge to strengthening the accountability and transparency of Australia’s detention system. She said the treatment of Indigenous Australians should be a key focus of this process.

“We look forward to working with Parliament during the OPCAT ratification process,” she said.

In a joint statement with Foreign Minister Julie Bishop dispatched later that day, the Attorney-General said ratifying the OPCAT would be “another significant human rights achievement for the Turnbull government”.

“The decision we announce today demonstrates the keen attention the Turnbull government pays to the views of civil society and to recommendations received from international bodies,” the A-G told the forum in Canberra.

“Torture and other forms of mistreatment have no place in Australia. The government’s decision […] recognises the prevention of torture and mistreatment must be an ongoing endeavour.”

The ratification of the OPCAT will see a pledge to its implementation some eight years after Australia first signed up to the treaty in 2009. The treaty itself came into effect in 2006, building on the Convention against Torture.

Australia is currently campaigning for a seat on the United Nations Human Rights Council for 2018-20.