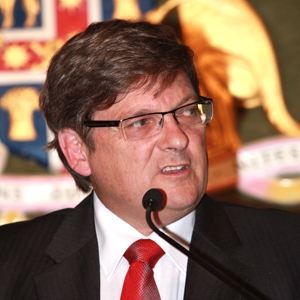 Recently appointed as the president of the Law Society of New South Wales, family lawyer Justin Dowd has placed social justice and Indigenous issues high on his agenda.

Recently appointed as the president of the Law Society of New South Wales, family lawyer Justin Dowd has placed social justice and Indigenous issues high on his agenda.

Outlining his vision for 2012 in a speech at this week’s Opening of Law Term Dinner, the Western Sydney-based president said he will focus on the rule of law, social inclusion and the implementation of the national legal profession reforms.

“Social justice and Indigenous issues will also be high on my agenda for the coming year,” said Dowd, noting the launch of the Law Society’s first Reconciliation Action Plan.

“We will establish an Indigenous Issues Committee, which I will chair, and will also be working hard to implement other aspects of the Reconciliation Action Plan, including protecting and promoting the rights of Aboriginal peoples.”

Following the 2011 Thought Leadership Program on the Advancement of Women in the Profession, Dowd said the Law Society will also begin to implement the report’s recommendations, which include professional development and networking opportunities, as well as more emphasis on mentoring and flexible work.

Also on Dowd’s agenda is the achievement of a unified system for legal profession regulation by July 2013.

“With the appointment of the National Legal Services Board and National Commissioner, this will be an important year for the profession as we move towards a national profession,” he said.

A partner of specialist family law practice Watts MacCray since 1995, Dowd is also a member of a number of international committees, including the board of the World Congress on Children’s Rights and Family Law.