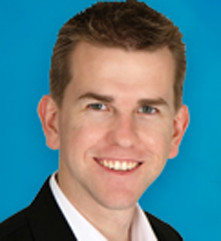 Queensland’s new Attorney-General and Minister for Justice is recognised by Queenslanders for his boyish looks, but not much else so far.

Jarrod Bleijie (pictured), 30, was appointed to one of the most senior roles in Queensland Premier Campbell Newman’s first ministry on 30 March.

The MP for the Sunshine Coast seat of Kawana beat Ian Walker, a 35-year veteran of Norton Rose Australia, for the Attorney-General post.

Walker was considered a favourite due to his years of experience as a senior lawyer and close to 40-year devotion to the Liberal Party. Walker took the seat of Mansfield in Southern Brisbane in the Liberal National Party (LNP) landslide on 24 March, with a swing of more than 13 per cent.

Bleijie, who had been the LNP's Shadow Attorney-General since late 2010, was returned as Member for Kawana with over 65 per cent of the 66 per cent of votes counted.

Bleijie, who was reappointed as chief lawmaker when Newman took over the leadership in March last year, cited his regular attendance at P&C and Neighbourhood Watch meetings across his electorate and a strong belief in local politics as reasons for his win.

“I believe that sentencing standards need to be based on community expectations and [I wish] to highlight the differences between law and justice,” states Bleijie in his LinkedIn profile.

Prior to being elected to Queensland State parliament in 2009, Bleijie was a corporate and property lawyer with a Sunshine Coast firm.

On 30 March the new Premier appointed 19 ministers and 11 assistant ministers, who are all newcomers to parliament. The same day, a Sunday Mail survey of 50 people in Brisbane's main thoroughfares revealed very few people knew Bleijie, nor other members of Newman’s shiny new cabinet.

Newman said his cabinet had a range of talent representing all regions of Queensland, including five ministers from Brisbane, four from the Sunshine Coast, three from the Gold Coast, two from the Wide-Bay Burnett area, three from west of the Great Dividing Range and two from North Queensland.