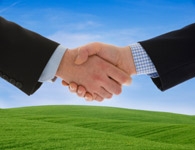 The Federal Government has signed a treaty with Vietnam to strengthen legal cooperation on criminal matters and boost anti-crime efforts in the region.

>The Federal Government has signed a treaty with Vietnam to strengthen legal cooperation on criminal matters and boost anti-crime efforts in the region.
This month the Australian Government signed an Extradition Treaty and a Memorandum of Understanding (MOU) with Vietnam during an official visit to Australia by Vietnam’s Deputy Prime Minister Nguyen Xuan Phuc. The Treaty and MOU were both identified as priorities for enhancing law and justice cooperation between the two countries after they both agreed in 2010 to implement the 2009 Australia-Vietnam Comprehensive Partnership.
While bilateral ties between Australia and Vietnam have developed significantly since they were established in 1973, the signing of the Partnership Agreement constituted a significant milestone.
The Extradition Treaty will now be submitted to the Joint Standing Committee on Treaties for consideration in accordance with the Australian Government’s treaty implementation arrangement.
According to Attorney-General Nicola Roxon, the MOU provides a formal framework to boost legal cooperation in criminal matters between the Australian Attorney-General’s Department and the Vietnamese Ministry of Justice. Areas that will be targeted include legal reform, criminal law, transnational crime, international agreements and international legal cooperation.
Govt strengthens ties with Vietnam