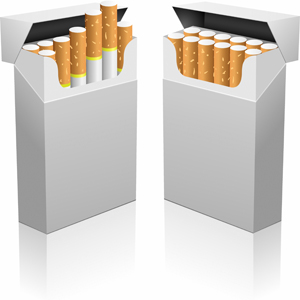 The Government’s new legislation, which will require all tobacco to be sold in plain packaging from 1 December 2012, received Royal Assent on 1 December last year, after which BATA commenced proceedings in the High Court.

BATA, represented by Corrs Chambers Westgarth and Allan Myers QC, along with other Big Tobacco companies will argue that the TPP legislation is unconstitutional based on the argument that the Commonwealth is trying to acquire their intellectual property, without compensation.

BATA said the High Court proceedings would act as a test case on the constitutional validity of the Government’s TPP Act – an Act introduced by the Government to “discourage the use of tobacco products”.

“As a legal company selling a legal product, we have continually said we will defend our property on behalf of our shareholders, as any company would,” said BATA spokesperson Scott McIntyre.

“We’re very grateful that the High Court has facilitated the hearing to occur so quickly after we commenced proceedings in December 2011 … There has been much interest in the plain packaging debate and the pending High Court hearing, which is now upon us.”

Notwithstanding the High Court proceedings, Big Tobacco has until 1 December this year to transition to plain packaging in accordance with the Government’s new regulations. The legislation bans the use of logos, brand imagery, symbols, colours and promotional text on tobacco products and packaging.

“The Commonwealth simply does not accept the constitutional claims made by Big Tobacco,” said Attorney-General Nicola Roxon on 6 April after the Government had filed its submissions in relation to today’s High Court proceedings.

“The Commonwealth will vigorously defend the validity of the plain packaging laws and rejects Big Tobacco’s claims that the measures are unconstitutional. Plain packaging of tobacco products is a legitimate measure designed to achieve a fundamental objective – the protection of public health.”

Last year, as the Minister for Health and Ageing, Roxon said: “Big Tobacco has made it a habit to challenge Australian Government tobacco controls over the decades … Let there be no mistake, Big Tobacco is fighting against the Government for one very simple reason – because it knows, as we do, that plain packaging will work.”

Lawyers Weekly contacted Corrs Chambers Westgarth for comment, however the firm declined to discuss details of the proceedings.