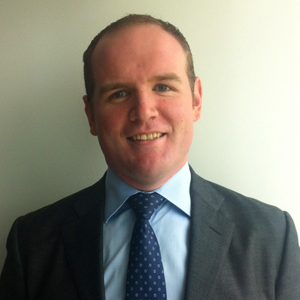 Demand for lawyers is expected to remain relatively stable in Q2 with the mining and resources sector continuing to prop-up the recruitment market.

Demand for lawyers is expected to remain relatively stable in Q2 with the mining and resources sector continuing to prop-up  the recruitment market.

According to Robert Walters’ latest quarterly Legal Market Update, legal recruitment was relatively stable in Q1 and  increases in hiring which occurred in some sectors were offset by decreases in others.

Despite a levelling off in demand in Q1 due to fluctuating global markets, the report confirmed that there is still a level of demand for lawyers, with growth mainly in the mining and resources sector.

“There is definitely no need for concern. The demand is there but it’s just not spiking across the board. There are of course areas where we’re seeing spikes, and that reflects where the rest of the economy is going,” Robert Walters manager (legal) Ryan Webster (pictured) told Lawyers Weekly.

“The mining/resources area remains competitive – that’s where there is a need for staff – and that’s reflected in-house and in private practice. So the key areas of the market will still continue to need people. We will still be looking for litigation lawyers or IP lawyers.”

In Q1, organisations in the mining and resources sector increased their hiring of lawyers mainly within contracts management and procurement due to continued project work in the sector, meaning lawyers with a background in contract management and negotiation were highly sought after.

In Q2, lawyers with four to six years’ post qualified experience, across both private practice and in-house, will be most sought after, while professionals with over 10 years’ PQE will struggle to find roles as a result of a lack of options in the market.

“Salary levels remained stagnant across the board in quarter one with no significant increases witnessed, largely due to the stable levels of demand. Only highly experienced lawyers may be able to command higher salaries from employers looking to entice them to move roles within key industries,” said Webster.

According to the report, during the early stages of Q2 recruitment is expected to remain steady due to ongoing market volatility. While some highly-experienced lawyers may be able to command slightly higher salaries, overall salaries will remain stable.