Sunnier days ahead for M&A? 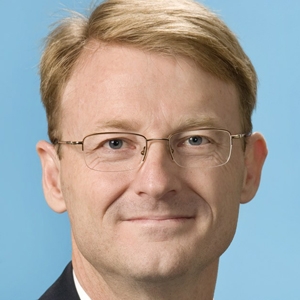 A senior partner of Ernst & Young (EY) has stated that confidence is steadily returning to the global markets, which, he believes, can only be good thing for M&A transactions in Australia.

A senior partner of Ernst & Young (EY) has stated that confidence is steadily returning to the global markets, which, he believes, can only be good thing for M&A transactions in Australia.

“In regard to M&A activity, we’re not exactly exuberant about the state of the market, but I guess you can say we’re cautiously optimistic”.

The report surveyed 1500 executives from companies in 57 countries, including 146 respondents from Australasia, and paints a positive picture of the improving global economic outlook.

Confidence and optimism has remained stable across a range of indicators including economic growth, employment, corporate earnings, credit availability and market stability. Australasian businesses are twice as optimistic about the global economy as they were in October when the last report of this kind was released.

The latest report showed that 30 per cent of those surveyed believe the global economy is improving – a sharp spike from just 16 per cent six months ago. A healthy 52 per cent said it is now stable, while only 18 per cent said they believe it is in decline, down from 53 per cent in October.

“Preservation is now the primary capital management focus for just 13 per cent of respondents, both in Australasia and globally, which is a positive trend,” said Browning.

“The slow but steady improvement in the United States economy continues. Confidence in the sustainability of China’s growth has returned, with growth moderating but remaining healthy and most observers expecting a ‘soft landing’.

“My own view of the M&A sector is that it is on the road to recovery. Obviously, confidence is key. Confidence is paramount. Once M&A people are confident about the market they will spend. I can foresee an increase in M&A activity in the next six to nine months.”

The report says that Australasia corporate confidence in the global outlook is steadily improving, with Australian companies boasting strong balance sheets and well-positioned for growth. However, despite the increasing optimism, companies are not yet accelerating acquisition plans and are more focused on organic growth.

The brighter outlook extends to the jobs market too, with a quarter of companies surveyed expecting to hire or create jobs within the next 12 months.

“Perhaps people are remaining a bit cautious. I think Australian companies have seen positive signs before, so they’re inherently cautious. However, in six months’ time there could be a further shift of view which could well lead to more acquisitions,” said Browning.

Of those surveyed, 32 per cent said they are considering acquisitions in the next 12 months, down from 41 per cent in October.
The report also showed that cash remains king for Australian companies that are typically carrying a low gearing, with 73 per cent of respondents having debt-to-capital ratios of less than 25 per cent.
“This means these companies have the capacity to fund growth,” said Browning.
The report revealed that 85 per cent either expect this to remain constant in the next 12 months, or fall further, continuing a cautious trend in balance sheet leverage.

Browning feels that for many companies, it is really only a question of timing. For those with a well considered growth strategy, a strong balance sheet, and a belief in an improving global economic outlook, now might be the right time for a well considered and evaluated transaction.

“Early movers and strategic buyers may have a window to gain a competitive advantage. If confidence continues to grow, M&A activity will follow and pent-up demand for growth will likely see a rush for assets. The second half of 2012 could be a busy time for transactions,” said Browning.

Sunnier days ahead for M&A?