Battling pirates in the digital age 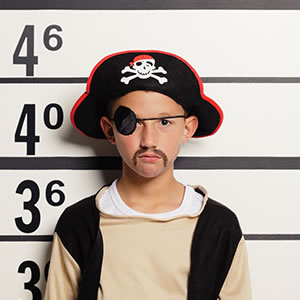 The advent of information-sharing technology makes it harder to protect intellectual property, but IP laws and lawyers are rising to the challenge. Felicity Nelson reports

The past year has seen a parade of high-profile disputes and pushes for regulatory reform to tackle urgently the ease with which pirates and IP thieves can get their hands on intangible assets.

Enforcing IP rights was the subject of the widely reported Dallas Buyers Club movie case, which left swaths of illegal downloaders shaking at their keyboards.

Few legal decisions this year generated as much interest as the Federal Court ruling handed down on 7 April, which gave the owners of Dallas Buyers Club access to the personal details of 4,726 Australians who allegedly downloaded the movie using the peer-to-peer file sharing software BitTorrent.

This is the first time preliminary discovery has been awarded to a movie owner on this scale in Australia and the case quickly became a media circus.

However, Wrays principal David Stewart disagrees that the case is truly groundbreaking: seeking an “ordinary discovery … is a fairly standard thing to do”, he said. “There is no magic associated with that from the perspective of the law or innovation in the law.”

Mr Stewart said the case was a very successful marketing campaign on behalf of the Dallas Buyers Club rights holders to deter people from illegally downloading entertainment: “It has scared people in Australia who otherwise systemically engage in online piracy.

“Anecdotally, I’ve sat down at dinner tables where people have said, ‘so does this mean I can’t engage in online piracy?’ But I can’t see that there is any difference now to what it was before.”

Regardless of the ultimate significance of the case, it offers some hope that the manipulative practice of speculative invoicing may be illegal in Australia.

In the US, Dallas Buyers Club and its parent company, Voltage Pictures, sent letters threatening to pursue damages of up to a quarter of a million dollars unless individuals settled for about US$7,000.

Throughout the Dallas Buyers Club case in Australia, ISPs sought to protect the privacy of their customers in order to shield them from these kinds of abuses.

In the verdict, Justice Nye Perram addressed these concerns by ruling that letters must undergo judicial review before being sent to ISP account holders.

Consumer resentment
IP law has a long history reaching back to the 1600s, when monopolies were first granted to English authors and publishers.

For centuries, the legal protection of IP rights has encouraged risk-taking and invention by rewarding originality.

But laws and regulations must balance the needs of innovators against the rights of consumers and there is much debate around how far society should go in protecting IP in the digital space.

Ashurst IP partner Peter Chalk said part of the problem with the debate is that there is a disconnect between the way IP law is portrayed by the media and the way it actually operates.

“Populist and inaccurate commentary in the media can give IP law and IP lawyers a bad name,” Mr Chalk said.

IP law is complicated and constantly evolving and the media fails to recognise this when they focus on a limited set of cases, he said.

“[These cases] distort understanding as they might address relatively narrow questions, which are seized upon as having more significance than they might actually have. In some respects Dallas Buyers Club is a good example of that.”

“The idea behind patents, particularly patents around biopharmaceutical innovations, is to enable … companies to come up with solutions for diseases incentivised by the fact that they end up with a 20-year monopoly right,” he said.

“The people on the other side of the fence don’t like the idea that there is exclusivity attached to IP. They say that it enables a drug company to dictate the price of medicines.”

In Mr Stewart’s opinion, monopolies are a good way to ensure the competitive pursuit of life-saving drugs.

However, there are many ways to reward originality and the law is only one piece of the puzzle, according to Mr Chalk.

Reforming tax treatment of research and development expenses and dealing with the breakdown in the traditional modes of distribution in, for instance, the music and movie industries are also important catalysts for innovation.

The Dallas Buyers Club verdict may lead to a slight increase in copyright suits in Australia, but it is unlikely there will be as much activity here as there is overseas.

Joining in the ‘whack-a-mole’ game

Lawmakers in Australia are straggling behind other countries in devising a sophisticated legislative response to mass online copyright infringements.

The controversial Copyright Amendment (Online Infringement) Bill 2015, which passed through the Senate in June, mirrors a UK scheme launched in 2011.

The Bill amends the Copyright Act 1968 to target foreign sites such as The Pirate Bay and KickAssTorrents. It allows copyright owners to compel an ISP to block access to websites that have the primary purpose of infringing copyright.

Questions have been raised regarding the effectiveness of the proposed amendment, with the Australian Communications Consumer Action Network claiming that the laws would leave copyright owners “playing an expensive game of ‘whack-a-mole’ ” as a plethora of new websites pop up to replace those taken down.

The Greens have opposed the Bill, with senator Scott Ludlam quipping that it uses a “sledgehammer to crack a nut”.

Other groups claim that internet-savvy consumers can easily evade online blocks and that the best way to discourage pirating is to introduce cheaper streaming services that do not delay the release of content to Australian audiences. Two such services, Netflix and Stan, were only made available in Australia earlier this year.

ISPs have also proposed a voluntary ‘three strikes’ warning system, where serial pirates have their personal contact information given to rights holders via a court process.

Bread-and-butter IP
There are opportunities for boutique firms to enter the IP space as larger firms choose to overlook this area, according to Mr Stewart.

His firm, Wrays, has been operating as a patent attorney firm in Western Australia since the 1920s, and now has the largest market share of trademark filings in the state. Wrays’ success is largely a result of its mergers in 2009 and 2014 with two large trademark practices, but Mr Stewart expects the firm to continue its growth as more large firms pass over routine IP work.

Big firms prefer high-value ‘bet-the-company’ work to bread-and-butter IP matters, Mr Stewart said. However, the problem with juggling high-volume trademark filings or domain and business name registrations is the high risk of a mistake being made when a single lawyer is managing so many individual matters.

Mr Stewart also claimed the movement of large accounting firms into this space posed a potential business risk to the IP law industry. Accounting firms, which are comfortable managing high-volume work and have the resources to invest in expensive IP casefile tracking software, could become serious competitors.

Battling pirates in the digital age