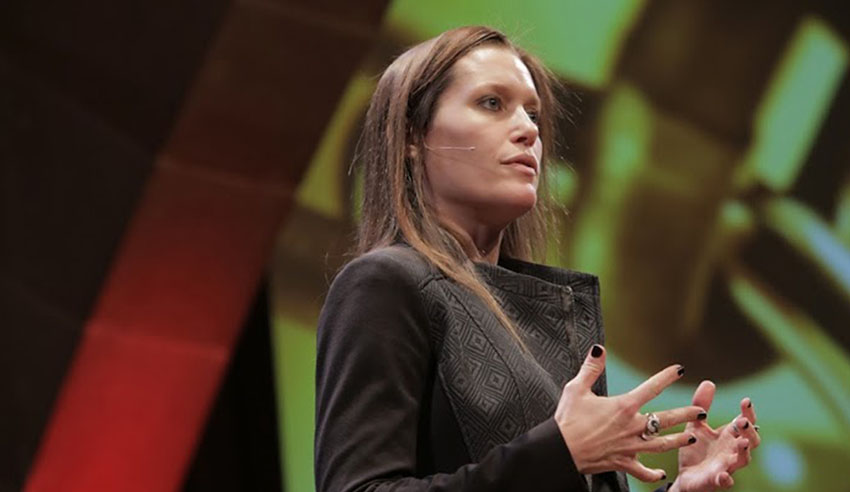 Promoted by The Legal Festival.

Women are increasingly being shortlisted but ultimately overlooked for leadership positions, creating the illusion of diversity in the legal sector, according to a leading professor of law.

Professor Renee Knake is on a mission to expose the increasing trend of women being shortlisted—i.e. qualified for a position but not selected from a list, a phenomenon that creates the appearance of diversity but preserves the status quo.

Speaking ahead of her keynote at The Legal Festival in Sydney in June, Prof. Knake says that leadership in the legal sector does not reflect the public it serves, even though women have entered law in numbers equal to men for decades.

“This phenomenon often happens with any pursuit of professional advancement, whether the judge in the courtroom, the partner in the corner office, or the coach on the playing field. Women, and especially female minorities, regularly find themselves equally or more capable than the other candidates on the shortlist, but far less likely to be chosen.”

The legal profession should reflect the diversity of the public it serves, argues Prof. Knake, who currently holds the Fulbright Distinguished Chair in Entrepreneurship and Innovation at RMIT University and is also the Doherty Chair in Legal Ethics at the University of Houston. “Having diverse representation is important for institutional legitimacy and the credibility of rule of law and access to justice.”

“When women, and minorities, are shortlisted but not selected it perpetuates the status quo of a profession that does not reflect the public,” she adds.

Unfortunately, this is not a recent trend says Prof. Knake. “Highly qualified women were being shortlisted for the US Supreme Court as far back as 1937 and yet it took almost half a century for a woman to make it off the shortlist into the Court.”

Prof. Knake admits that we’ve come a long way, however government intervention aimed at addressing this imbalance has been largely ineffective and the picture of equal representation on boards remains “dismal”.

“In 2010, the Securities and Exchange Commission began requiring companies to disclose in proxy statements efforts to address diversity when choosing board directors, but this effort has not increased the number of women on Fortune 500 boards.1 The data reveals a dismal picture where only 10.2% of directors named to boards in the three years after the SEC’s rule were women, a decrease from the 12.39% rate observed in the three years before,” she explained.

#MeToo And the Risk of Systematic Exclusion

While the recent #MeToo movement has highlighted the bias that exists against women and has encouraged more people to speak out about it, there is a flip side to this, says Prof. Knake. She cites the recent reports that have come out of the World Economic Forum in Davos and elsewhere, claiming men are now more fearful of working with women, worried that they may be falsely accused of harassment.

“My concern is that this may mean we will return to a world where women are systemically excluded, similar to the era where the first shortlisted women blazed trails as the only women ever holding positions as judges on a particular court or dean of a law school or other leadership roles.”

“Lessons from the first female trailblazers are even more important and relevant today than they were a decade or two ago as women began entering professional education in numbers equal to men”, she adds.

Prof. Knake says that shortlisting is common across many industries, not just legal, but it isn’t always sinister motives that are driving it.

“I think that many organisations genuinely care about expanding diversity in their leadership and a more diverse shortlist is a logical first step. After all, you’ve got to be on the shortlist to be selected. But it’s easy to overlook the diverse candidate and proceed with business-as-usual while still feeling as if some measure of equality is achieved by ‘at least’ considering a more diverse slate.”

Recognising the phenomenon is an important first step in addressing it, says Prof. Knake, and there are simple steps leaders can take to redress this imbalance.

“Organisations should track their hiring, both who is shortlisted and who is selected. Are similar percentages of men and women appearing on the shortlist and also being hired? If not, then both the recruiting process as well as the selection process should be evaluated.”

Prof. Knake draws upon the American experience, pointing out that the number of women selected for federal judgeships increased significantly when then-President Carter implemented a selection process based upon committees from across the nation that included women and minorities as members of the selection committee.

“One way for organisations to improve would be to make sure that their selection bodies are more diverse. That’s a more structural reform. Organisations can also impact individuals through training programs to raise awareness about shortlisting and other types of implicit bias and discrimination, and by supporting women and minorities who step into leadership roles”, Prof. Knake concludes.

Join us at The Legal Festival

To hear more from Renee Knake and other leaders in legal innovation, register to attend The Legal Festival, 12-13 June 2019, HiltonSydney.