Changing the dictation game with speech to text solution: 5 reasons to use speech recognition 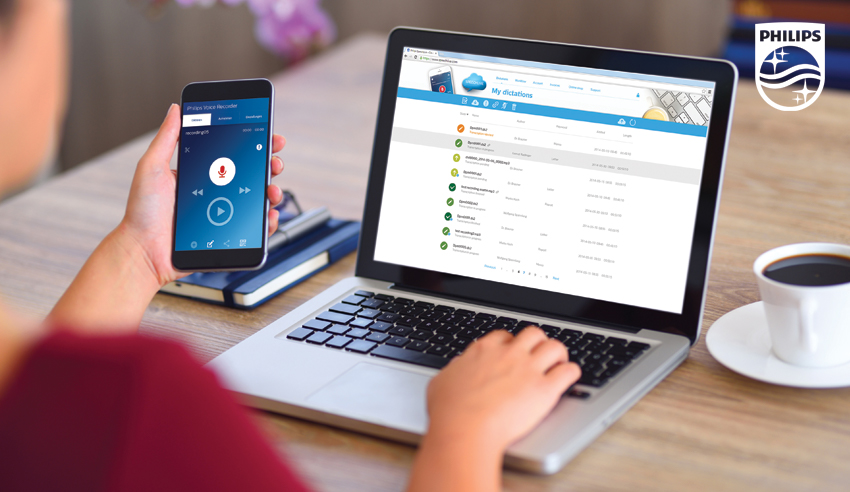 In today’s times, the use of assistive technology is nothing new. The global pandemic has seemingly transformed the digital spectrum by pushing towards a conversational economy, urging consumers to use one of the very basic human skills – speech. Mixing speech and technology has propelled the use of smart devices in recent times. Voice-based technology, using one’s vocal prints, is not only widely accepted but the usage uptake is on the rise. These days it’s extremely common to use smart devices to control household appliances, check the weather, purchases online and play a favourite playlist by using voice. In fact, Australian smart speaker adoption reached 29% of the adult population compared to about 26% in the U.S and is only expected to grow.

In contrast, Australian businesses seem to be reluctant in using voice-based technology. Based on 2018-19 survey, only 42% of Australian businesses were using cloud solution.1 2020 reshaped that model as COVID-19 restrictions and lockdowns pushed towards opting for cloud solution to facilitate hybrid working. However, the optimum benefits are yet to be leveraged by many industries especially those who rely on dictations and extensive documentation requirements. Only 22% of respondents from a conducted research by Cognizant claimed to have a pre-existing voice strategy in place.2 That indicates how much opportunity businesses are yet to leverage when it comes to speech-based technology. Professionals from legal, medical and government agencies, to name a few, that involves admin work can reap the benefits of speech recognition to save time spent on transcribing. And that’s just the tip of the iceberg.

What is speech recognition software?

Speech recognition or speech-to-text software is simply the process of turning human voice into written texts verbatim. The speech-to-text application enables hands-free control of devices, be it a smartphone or dedicated dictation microphone, used to record dictations directly to generate the final output.

Speech recognition is evaluated on its accuracy, since it’s dependent on one’s voice pitch, pronunciation, accent and other linguistic variabilities. The best speech-to-text software aim for an accuracy between 95-99% and can easily integrate multiple languages in the system, not just limiting to English.

5 reasons why you should use speech recognition

1. It is faster than typing

Time poverty can be challenging for many industries who are dependent on vast amount of administrative tasks. Healthcare professionals, for example, spend up to 2-4 hours a day creating health records. Lawyers and government officials are often seen using traditional dictation devices like cassette tapes or CDs to transport dictations to transcriptionists that can be quite time consuming. These tasks not only distract from core responsibilities, but also leads to increased time pressure to meet certain deadlines.

Talking is one of our most natural innate abilities. When compared to typing, we speak faster than we type. Most people type about 40 words per minute, on an average they can speak about 130 words per minute.3 By adopting the right technologies, the challenges of doing more work in less time throughout the day can be avoided.

2. It is convenient to get work done no matter the location

In a digitally driven world, it’s hard to ignore the convenience of using a smartphone. Whether people are travelling for work or working from home, the ability to work anywhere can be achieved by a click of a button.. Speech recognition apps add another level of convenience when one can literally dictate findings after a meeting, gather thoughts immediately so it doesn’t get lost later during the day, draft or respond to emails and can add comments on any other apps or platforms, all without the hassle of typing.

Also during emergencies when a document needs to be attended to immediately, and there is no support staff at that moment, immediate speech-to-text software can provide instant transcribed document that can be edited if needed or sent to the designated recipient via email.

When time is money, and especially these days when people are more driven by gig economy, speech to text software can be beneficial in saving time. It liberates them from being chained in front of a computer or some elaborate set-ups to get work done. Hot-desking and hybrid working are the new norm post 2020, and it adds more flexibility to let go of keyboards in favor of increased productivity with speech recognition technology. When talking is 7 times faster than typing, having an automated solution creates for better collaboration, churns out volumes of work and yields higher productivity, simply by using voice technology to expedite and manage work efficiently.

4. Speech to text software is cheaper

When people think of paid software and one that can boost the productivity meter, then the prevalent thought is that must be expensive. Contrary to popular belief, that is false. Cloud based speech recognition software is quite affordable if one does the math. Let’s suppose an advanced cloud solution from a global brand like Philips Dictation covering dictation, speech-to-text and transcription service needs in one convenient package deal for a single user starts from AUD 700 (including GST) annually.4 Thus for a user to subscribe yearly to speech to text software, along with speech recognition, works out to an expense of less than $2 per day, which is less than a cup of small sized coffee.

In terms of set-up cost, the CAPEX is also next to nothing when someone is using their smartphone or their own laptop to get things done. It doesn’t require any complex IT installation process but it’s as basic as click and go.

If AI and cutting-edge technologies were not the drivers behind digital economy before, the global pandemic has certainly pushed people to embrace some versions of technology, mainly easing up to implementing some variations of SaaS (software as a service) in their daily lives. Customers are more attuned to a subscriber mindset, which they find it easier and flexible to subscribe to a service rather than buy a product. They ultimately have the power to decide whether to scale down or up as per the business growth models and budget. As the favorability towards voice technology and speech to text software continues to grow, tech giants will keep churning out more elegant and sophisticated solutions for consumers to become more agile and to sustain and respond better to any rapid and unprecedented changes.

To meet the increasing demand for efficient voice recognition and document creation processes within organizations, Philips SpeechLive now offers its users the freedom to dictate directly into their third-party productivity applications. For more product information and a free trial, please visit: www.speechlive.com

Changing the dictation game with speech to text solution: 5 reasons to use speech recognition