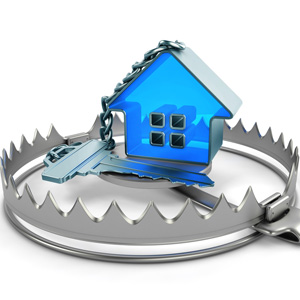 A fake South African lawyer serving a five-year jail term for fraudulently pretending to sell properties totally unconnected with her has been charged with the same scam again.

It was alleged in the Durban Magistrate’s Court that Ashni Singh, 37, pretended she had flats for sale and was authorised to sell them for R243 000. But there were no flats for sale – and one property did not even exist, The Mercury reports.

The alleged victim in this latest case found out she had been conned when she saw a newspaper story about Singh’s conviction for the same crimes in the Commercial Crime Court in November. Singh had pleaded guilty to fraud and money laundering amounting to R21 million.

Singh, who had registered for a law degree but did not complete it, posed as an attorney between May 2008 and September 2009 and told people she was selling repossessed homes on behalf of the eThekwini municipality.

She approached potential buyers and told them that if they paid the outstanding rates bills and taxes on the homes they could then have the properties before they went on auction.

Businessman Jay Singh (no relation to the naughty Ashni Singh, Folklaw hopes), was one punter who was duped in two deals where he purchased one property for R980,000 and another for R500,000.

When Jay Singh realised it was a scam, he questioned Ashni Singh and she returned his money. (It’s not over ’til the crooked lady Singhs, is it, readers? Ouch.)

During sentencing Ashni Singh’s lawyer admitted his client had defrauded others to pay Jay Singh.

On a more sombre note, her lawyer said his client had serious psychological problems which started after her fiancé committed suicide a day after their wedding was meant to take place. He said the wedding had been called off after the interference of another woman.

Somehow Folklaw doesn’t feel inclined to sit in judgement on this case.