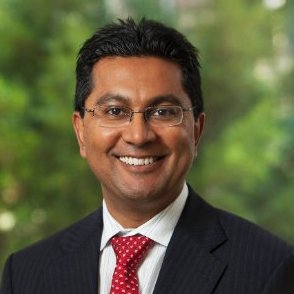 Partners in law firms are particularly prone to bullying junior staff, a poll has found.

Close to 500 voters responded to the poll, which asked: Is bullying a problem at your firm?

The biggest percentage of the 460 voters (33%) answered ‘Yes, partners are particularly prone to bullying junior staff’, the second highest percentage (29%) of voters said bullying was a problem at all levels throughout the firm.

“I’m not surprised. I think the whole issue as to bullying, and perceptions as to bullying, is of pandemic proportions in Australia at the moment,” said Joydeep Hor, workplace relations lawyer and managing principal of People + Culture Strategies.

Less than one third of respondents (28%) said they’d never witnessed bullying at their firm, while 10 per cent said management generally acted quickly to stop bullying when it occurred.

The volume of bullying complaints within organisations is increasing at “a rate of knots” and on a daily basis, but the actual incidence of legitimate bullying is on the decline, according to Hor (pictured).

“The biggest problem is that people are putting their hands up all too easily and all too readily to make complaints of bullying and, upon investigation, are finding that whatever might be the catalyst for those complaints does not actually amount to workplace bullying,” he said.

Just because a complaint doesn’t constitute bullying under the law, does not mean the behaviour should always be tolerated.

“Nine times out of 10 the finding will be that there was no bullying, however, there was still inappropriate conduct,” said Hor

There may well be penalties for inappropriate behaviour that doesn’t constitute bullying; typically organisations will err on the side of a warning being issued as opposed to termination of someone’s employment, said Hor.

There is much debate around the definition of bullying and great breadth in the specific conduct that can be put in that category.

When it comes to perceptions and incidences of bullying in law firms, Hor points out that lawyers are well educated about their rights and far more aware of the labelling concept than other workers.

This might suggest that lawyers make less bullying complaints, but given the latest poll results, and the fact that lawyers consistently rank higher than other professionals in studies on depression, actual bullying rates may be higher in the profession compared to the rest of society.

“I wouldn’t be surprised if that was the case but I don’t think a majority of law firms in 2013 would have the same level of actual bullying occurring compared to what would have been the case 15 to 20 years ago,” said Hor.

The conservative nature of the profession; the traditional partnership model; the billable hour, and lawyers’ often ingrained sense of competitiveness and pressure to achieve may all be reasons behind the incidences of bullying and depression in the profession.

Hor believes, however, that there has been a shift away from the philosophical model that a number of partners prescribed to and were proud to have in the late ’80s and early ’90s.

Hor said the philosophical model is the thinking that: “‘Well this is how I learnt; this is what I was exposed to and that’s what made me a good lawyer and it … didn’t kill me and, therefore, I want to ‘train’ lawyers in the same way and expose them to the same feedback.’”

“A lot of that’s changed and law firms have a lot better infrastructure around education coaching for partners to better address some of these issues,” he added.

Bullying in law firms doesn’t conjure images of telephones and staplers being thrown, said Hor, but rather selective work allocation and freezing people out of work opportunities.

This can be subtle and Hor encourages leaders in organisations not to wait for a complaint to be made. Strange body language and ‘hush hush conversations’ in the office; noticing staff who don’t generally take sick leave taking sick leave, or a person who typically works with their door open having their door closed for a long time, are all signs that require leaders to read between the lines, said Hor.

Pressure to work long hours and satisfy timesheets does not constitute bullying itself if a law firm subscribes to the usual four-and-a-half to seven chargeable hours a day, said Hor, which is within the ordinary hours of work prescribed by legislation.

For organisations on a growth trajectory, staff can be driven by client demand and an expanding client base. Extra pressures are inevitable in such environments and require management to have a mature approach that rewards and recognises that people are under pressure, said Hor.

“Knowing when to back off but not necessarily backing off at the merest drop of a hat, so it’s always about a balance,” he said.

Last Updated: 18 July 2016 Published: 05 March 2013
The Women in Law Awards is the benchmark for excellence, recognising the empowering women influencing the Australian legal profession, celebrating the female leaders, role models and future champions of the industry. Register for the waitlist today for the opportunity to attend this remarkable awards ceremony and network with top legal professionals and fellow peers.
Visit womeninlaw.com.au