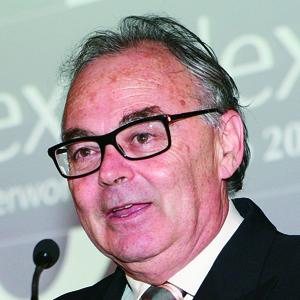 Former chief justice of the NSW Supreme Court James Spigelman (pictured) has been appointed to an international panel of dispute resolution experts.

Spigelman, the current chairman of ABC, who stepped down after 13 years as NSW’s highest judge in May last year, has been recruited by the Hague-based Panel of Recognised International Market Experts in Finance (PRIME).

He will join former chief justice of the Federal Court Michael Black and current Federal Court judge Justice Arthur Emmett on the panel.

Spigelman is one of 92 of the world’s top legal and finance experts who are on the PRIME panel, which includes senior partners from leading global firms, experienced barristers, high-profile academics, general counsel of blue-chip financial institutions and judges from several countries.

Also on the panel is Alex Baykitch, a partner at King & Wood Mallesons’ Sydney office who specialises in international arbitration.

One of the key aims of PRIME - a not-for-profit initiative - is the training of judges in finance issues and also the instruction of finance experts on arbitration and mediation.

The panel is currently compiling - and translating where required - a worldwide database of judgments and precedents in cases involving complex financial transactions cases.