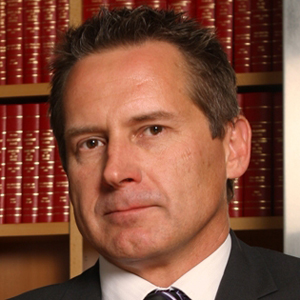 The Victorian legal community has turned on the state and federal governments over proposed cuts to legal aid, with a protest rally of lawyers due to take place next week.

On Monday (3 December) around 160 barristers and solicitors attended a meeting that condemned possible cuts to legal representation in Victoria. Prior to the meeting, Victoria Legal Aid (VLA) advised the Law Institute of Victoria (LIV) that it faced a budget blowout.

“The Federal Government has let the community of Victoria down by not continuing to properly fund legal aid,” LIV president Michael Holcroft (pictured) told Lawyers Weekly. “But the state government has been elected on a law and order platform, and they have funded an extra 1700 police officers but they haven’t funded the other side of the equation, so they have added significant pressure to legal aid.”

Since 1997 the Federal Government’s percentage of funding to the VLA has dropped from more than half to around one third. Holcroft said the state government only increased its VLA funding by one percent last year, while demand had “skyrocketed”.

“The Federal Government has been singularly unapologetic for failing to meet their moral obligations to fund access to justice and, for a party with socialist ideals, that is very disappointing, especially given we have a Prime Minister and an Attorney-General that were both lawyers in this state.

“They should know better.”

On Tuesday next week (11 December) Holcroft will be present at a planned protest rally on the forecourt of the County Court that is expected to attract hundreds of lawyers.

In 2010, the Victorian legal community successfully staged a protest at the County Court that saw the former Labor Government boost the legal aid budget.

Holcroft has also called on the VLA to delay any decision on the current proposals until the end of January 2013 as discussions with the state and federal governments continues.

The VLA board is next due to meet on Thursday 13 December.