More women urged to apply for silk in Victoria 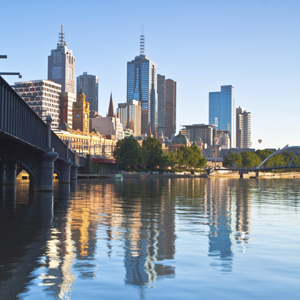 Senior members of the Victorian Bar were present at a meeting yesterday (12 February) that discussed how to increase the number of women applying for silk.

Last year in Victoria, only five women from a total of 71 candidates for silk were female. From that pool, 20 barristers were appointed silk, three of whom were women.

By contrast, in New South Wales, 32 of the 117 applications for silk last year came from women; a record 12 female senior counsel were appointed in the state.

“We were talking about what we can do to try and encourage women to apply in the first place,” said Caroline Kirton SC, the chair of the Victorian Bar’s Equality and Diversity Committee, who attended yesterday’s meeting.

“We need to give them [female barristers] a tap on the shoulder and say ‘c’mon, it is time for you to start thinking about applying’.”

Kirton described the criteria to obtain silk in Victoria as incredibly tough, and said many female barristers were battling gender bias in order to gain the level of experience required to successfully apply for silk.

“In Victoria, the emphasis has been on being in court and demonstrating advocacy skills, and being in court means getting those big cases,” said Kirton. “Briefing for the big, long commercial cases has tended to be gender biased – going to blokes.

In September last year, research by Australian Women Lawyers (AWL) showed that only 7.92 per cent of all practising silks in Australia were female. Speaking to Lawyers Weekly, AWL president Kate Ashmor described the low number of female silks as astonishing and said it showed that the Bar has a long way to go before it achieves gender equality.

The Commonwealth Legal Services Expenditure Report released in December found 74 per cent of all briefs to counsel went to men, compared to 26 per cent to women, however, the Government pointed out that women were briefed in a greater proportion to their representation at the Bar.

Gail Archer SC, one of only two female silks in Western Australia, said that junior and senior female barristers have the opportunity to be briefed on a substantial amount of government work there.

More women urged to apply for silk in Victoria