West is best for female barristers 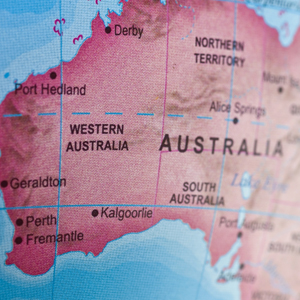 Female barristers in WA are being inundated with government work, while their counterparts on the eastern seaboard claim they are being overlooked.

WA-based silk Gail Archer SC said that government agencies make a concerted effort to brief female barristers in the state, despite recent figures showing that the percentage of Commonwealth briefs that went to women in 2011-12 declined slightly on the previous year.

“In WA, if you are a competent female barrister, you’ll get more [government] work than you know what to do with by an absolute mile,” she said.

The Commonwealth Legal Services Expenditure Report, which was released in December, found 74 per cent of all briefs to counsel went to men, compared to 26 per cent to women. The Government pointed out, however, that women were briefed in a greater proportion to their representation at the Bar.

This is certainly true in WA, said Archer, who is one of only two female silks in the state.

“There aren’t very many female silks here, so if the Commonwealth wants a silk then their pool is limited. That said, I used to get lots of work as a junior barrister as well,” she added.

But some female barristers on the east coast have claimed that women are not being briefed as often as men.

Speaking to Lawyers Weekly last year, Caroline Kirton SC, the chair of the gender and diversity committee at the Victorian Bar, said many organisations had a gender bias against briefing female silks.

“Until that sort of thing changes within the culture of the profession and women are briefed regularly and are earning enough money and are appearing more regularly ... I think that will be the main thing to enable change,” she said in September.

The government report also found that women received just 22 per cent of Commonwealth expenditure last financial year. But Archer does not believe this figure indicates a disparity between the earnings of male and female barristers. She revealed that she receives the maximum rate approved by the Australian Government Solicitor for barristers.

Archer admitted, however, that low rates offered by the Department of Public Prosecutions (DPP) can be a deterrent for some barristers in taking up government work. She argued that $375 + GST, the going hourly rate offered by the DPP, is too low and should be reviewed.

“I was charging more than that when I joined the Bar 10 years ago ... the rates are so far out of whack it would be better if that was looked at,” she said.

Archer also commented that the 28.6 per cent increase in direct briefing of barristers by the Commonwealth is probably another cost-saving measure by the Government.

West is best for female barristers