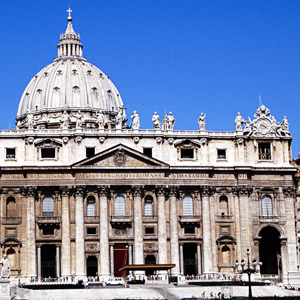 Australian human rights lawyer Geoffrey Robertson QC has renewed calls to strip the Vatican of its status as a state and to indict former Pope Benedict XVI (Joseph Ratzinger) for his role in the alleged cover-up of child sex abuse in the Catholic Church.

At a screening of the documentary Silence in the House of God: Mea Maxima Culpa last night (12 March) – the same day 115 cardinal electors moved to a residence inside the Vatican to elect a new pope – Robertson discussed his involvement in bringing the former pontiff to book for allegedly protecting paedophile priests from exposure.

Robertson, who appeared in the documentary by Alex Gibney, recently gave evidence to the UN Committee on the Rights of the Child. He argued that the former pope acted negligently in what Robertson estimates to be 100,000 cases of sex abuse by priests since 1981, when Ratzinger became head of the Vatican office known as the Congregation for the Doctrine of the Faith.

“You can see the negligence that has characterised Benedict’s reign ... he was burying his head in the sand when the evidence of child molestation came about,” he said.

“The scale of abuse is international and this is a real human rights’ problem and no one is seeing it in that way.”

Robertson also criticised Canon Law for protecting perpetrators by directing that allegations of child molestation be investigated in secrecy, and described as “bogus” the recognition of the Vatican as a state, which gives the pope sovereign immunity from civil suits or criminal prosecution.

Ratzinger’s resignation in February, however, means he is no longer protected by head-of-state immunity in the international criminal court (ICC), and could therefore face the full weight of international law, continued Robertson. A crime against humanity under the ICC statute includes rape and sexual slavery as well as inhumane acts causing harm to mental or physical health, which are committed against civilians on a widespread or systematic scale and condoned by a government or a de facto authority.

When asked for his take on the Royal Commission into Institutional Responses to Child Sex Abuse in Australia, Robertson said he hoped the exercise would lead to genuine action to tackle the problem. The Commission is due to hand down an interim report no later than 30 June 2014.

Robertson said he was surprised by the number of staunch defenders of the Catholic Church in Australia in the wake of the allegations.

“I was surprised at the defensiveness, there wasn’t quite the same desire to amend [as in the UK],” he said.