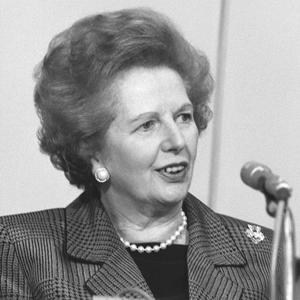 High-profile barrister Geoffrey Robertson QC has rejected praise of Margaret Thatcher’s political legacy in the wake of her death, describing the height of the Thatcher era as a period of “unalloyed greed”.

Robertson, a human rights lawyer based in London, told AAP that the Iron Lady had been incapable of empathising with the poor and disadvantaged during her 11 years as Prime Minister, from 1979 to 1990.

He also criticised Thatcher’s political views as “half-baked and hand-rammed” and blamed her “light-touch regulation” for the banking crisis in the UK.

“In retrospect the greatest thing about her was that she was a woman.”

From a human rights perspective, Robertson condemned Thatcher for drinking whiskey with former Chilean dictator Augusto Pinochet, who visited the UK in the 1990s. However, Robertson did concede that Thatcher’s efforts in the Falklands War led to the overthrow of the “barbaric” military government in Argentina.

“I think she was a remarkable leader and I pay tribute to the strength of her conservative convictions,” he told reporters on Tuesday (9 April).

Howard said her greatest legacy was playing an integral role in ending the Cold War. “In terms of the political framework in which the world lives, it was the biggest single event that I experienced in my lifetime.”

“Her service as the first female prime minister of the United Kingdom was a history-making achievement,” Gillard said from Beijing, where she is on a state visit. “Her strength of conviction was recognised by her closest supporters and her strongest opponents.”

Gillard did admit, however, that she did not share Thatcher’s “political outlook on the world”.