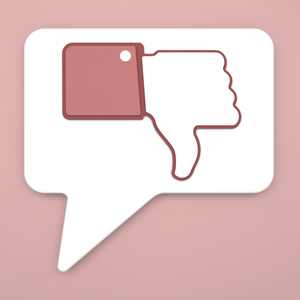 Training jurors to leave Facebook, Twitter and Google at the courtroom door is the most realistic way to minimise the impact of potentially-prejudicial social media coverage, according to a study commissioned by the Victorian Department of Justice.

Bond University associate professor Jane Johnston, the project lead of the Juries and Social Media Report released in April, told Lawyers Weekly that the legal system is incapable of silencing internet chatter before potential damage to a fair trial has been done. The most realistic approach to preserving the integrity of the court process is social media-specific jury directions, juror education and pre-trial training, she said.

“There are significant limitations on controlling social media, and education at the jury end is probably the most doable and realistic in addressing the problem.”

The study was commissioned for the Standing Council on Law and Justice following concerns that social media users would prejudice the trial against the man accused of the rape and murder of Jill Meagher. Johnston said the case ignited discussion about the damaging effects of social media, which had previously been “the elephant in the room”.

According to the report, the traditional approach of dealing with prejudicial publicity – by targeting the publisher with a suppression order or prosecution for sub-judice contempt – is not effective in the digital age.

“Courts are having ... significant trouble keeping up with social media; free speech is the hands-down winner in terms of the balance between fair trial and free speech,” said Johnston.

The report includes a string of recommendations on how to drive the message home to jurors that certain social media use during a trial is prohibited. These include ensuring jury directions, both written and oral, use plain language; specifically referring to social media in jury directions, and reminding jurors of the possible consequences of a failure to comply, such as criminal sanctions.

A pre-trial jury-training module is also advised by the report. Johnston said training will ensure jurors are “on the same page as to what’s acceptable”.

The recommendations aim to tackle juror misconduct, which includes using social media to communicate with parties to the case, divulging details of an ongoing trial, seeking responses or advice about the case, or ‘friending’ fellow jurors on Facebook during the trial. This type of juror behaviour led to 90 verdicts being challenged in the US between 1999 and 2010, according to Reuters Legal.

Part of the problem is that the average ‘Joe Citizen’ user still views social media as an extension of talking to their friends rather than a form of publication, said Johnston, who admitted that juror-focused training is only a first step. She believes social media education should begin in schools and be part of civic education.