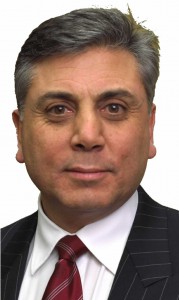 A barrister operating a “virtual chambers” plans to launch the first national website for Australian barristers next month.

Derek Minus, a Sydney barrister and dispute resolution expert, said barristers don’t need physical chambers, clerks or libraries anymore because of the availability of electronic services.

“I can see chambers [becoming] more like shared offices and a hot-desking situation,” said Minus, who advertises his Sydney chambers as a “virtual practice” and invites barristers from around the country to use its telephone and computer facilities when they are in Sydney.

Minus has established a website to allow any barrister with a national focus to publicise and promote their areas of expertise. He said he wrote to all presidents of the Australian Bar Association this month about the website’s official launch in June.

“Most chambers are looking to their clerks and chambers for their market [but] it’s a cost-benefit analysis,” said Minus, adding that the use of AUSTBAR and virtual chambers could significantly reduce costs.

Twenty years ago, Minus said he had to borrow chairs to seat lawyers from big firms “partly in the corridor” when they came to his small chambers.

With the nationalisation and globalisation of the profession, most large law firms now have an entire floor of meeting rooms where barristers go to meet the client.

“They’ve got all the files there anyway,” said Minus.

“Barristers don’t need to have chambers at all…most should be in court; they can work from home, and clients and solicitors will email documents now."

The collegiality of chambers won’t be missed either, he said, because “in most chambers barristers don’t work in the same field anyway” and sites like LinkedIn and Twitter can be used to connect with like-minded lawyers.

“I’m hoping the AUSTBAR site will allow people in similar fields but different states to develop their collegiality; there’s no reason why we should be operating separately in different states,” said Minus.

Alternative dispute resolution (ADR) aims to reduce the number and length of trials in Australia and barristers are increasingly required in the process.

Minus launched a separate website in April for dispute resolution practitioners to advertise and connect.

It aims to be the first list of Australian Nationally Accredited Mediators listing all qualified dispute resolution practitioners throughout Australia. Currently the site lists around 600.

“There are literally 100s of barristers who are now qualified as mediators,” said Minus.

“The system for nationally accredited mediators came in around 2008 but there’s never been a single list of who these people are and how you find them, so it seemed to me it would be a really good public service.”

Recognised mediation accrediting bodies (RMAB), including law societies and Bar associations, are effectively small lists in themselves, but Minus said there are some that don’t promote or publish their mediators.

The federal Attorney-General website lists family dispute resolution providers but is badly designed, said Minus, who ran IT companies before coming to the Bar.

“I can’t even find myself on that,” he said.

The new ADR list has the usability to search by state, by organisation and by area of expertise. It also allows users to search for a male or female dispute resolver; at present there are 143 females listed on the site and 451 males.

“We’ve added the 35 NSW farm debt mediators, because that is a special sub-set of mediators [that are] often hard to find, and there’s a panel of mining arbitrators that people, even in the industry, don’t know who’s on it or how you contact them,” said Minus.