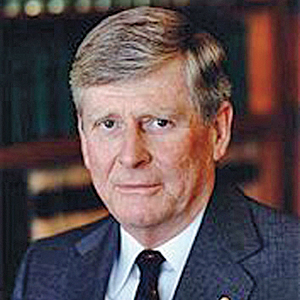 A former chief justice of the High Court of Australia will deliver the keynote address as part of an event hosted by the Law Council of Australia’s International Law Section.

Justice Murray Gleeson AC (pictured) will speak on the subject of Two Courts of Last Resort: High Court of Australia and the Hong Kong Court of Final Appeal, at an event hosted by the Hong Kong Chapter of the LCA today (26 June).

Gleeson, who was chief justice of the High Court for 10 years before retiring in 2008, is currently serving as a non-permanent judge of the Hong Kong Court of Final Appeal.

Chair of the LCA’s International Law Section, Dr Gordon Hughes, said the event aims to promote closer co-operation and interaction between the legal professions of Australia and Hong Kong.

“The Law Council encourages participation in its overseas chapter activity,” he said.

“The Hon. Justice Gleeson is one of Australia’s most influential and highly-respected judicial figures, and this will be a unique opportunity for Australian lawyers working in Hong Kong to hear him provide an insight into the Australian High Court and the Hong Kong Court of Final Appeal,” Hughes added.

The event takes place at the Hong Kong Bankers Club.

The Hong Kong Chapter is one of eight overseas chapters of the LCA’s International Law Section.