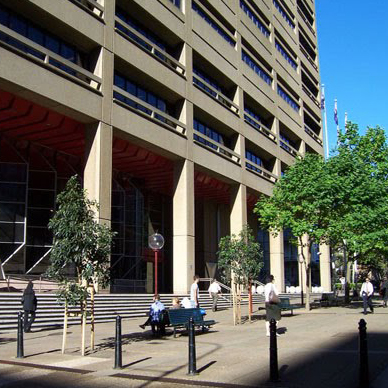 Barristers’ clerks have built careers on the premise that talent is nothing without organisation. Now the internet has freed barristers from chambers, Stephanie Quine asks, what remains of this niche industry?

Paul Daley has been in the game for 52 years. He walks down Phillip Street and sees 20 people he knows. Passing Circular Quay, Martin Place and Silks Café, on his way from the ferry up to chambers, he is stopped by solicitors who ask him to recommend one of the 50 barristers he clerks for.

“You don’t know what’s going to happen any day: new clients; new work; there could be a constitutional crisis; an urgent injunction to stop Barangaroo works, anything at all,” says Daley.

Juggling times and dates, and highly-skilled barristers, is his craft.

“What I know; you can’t pass it on. You’ve got to know situations. It’s instinct,” says Daley, sitting comfortably on a brown leather lounge on the 11th floor of Wentworth Chambers.

A single chambers on this floor costs $440 000 to buy, but Daley says there are others, with a lesser reputation, that sell for a third of the price.

“Barristers come here for the reputation,” he says.

Daley came here in the 1960s after leaving school. He started as a junior clerk, coordinating 16 barristers. Push typewriters were the norm; port and cigars were handed around after each black-tie dinner celebrating a judge’s appointment.

“It was a boys’ club … I think there was one woman barrister when I started,” recalls Daley. There are now six women barristers, out of 30, on the floor.

“Friday night after court somebody would have drinks in their chambers and there was one rule: if you talked about your matters you had to buy a bottle of champagne because it got boring.”

Clerks in the ’60s and ’70s were closely involved in listing cases on dates to suit counsel.

“We’d have to go at 2pm up to the District Court office, the list would be called and I’d say ‘yeah I’ve got so and so in that for the plaintiff’… and come back and tell the barristers [when] their case would be listed,” he said.

If Daley was not physically present, barristers would miss out on work.

“With the Court of Appeal … I’d go across and write in the book the dates that counsel could do it and the other side would write the dates in and … then we’d come back with the list of dates,” he says.

Half a century later, emails and diaries are accessible on a smartphone. It’s a quantum change for many barristers, who now send and receive instructions while sitting in a meeting or at home.

“It’s a lot easier now, but it’s taken a huge amount of work away from the readers; the people who are just starting … a lot of the solicitors [organise all the dates now] and the work is just not there,” says Daley.

New technologies have affected a clerk’s work too.

Barristers can now list their profile and CV online. Derek Minus, a Sydney-based barrister and mediator who operates a barrister-listing website, believes the traditional clerking system has broken down.

“The old-style clerks who helped develop people’s professional lives were absolutely invaluable. These days there are much younger people being hired [and] the old style, where solicitors would rely on a clerk’s information and expertise to guide them … has gone by-the-by," says Minus.

Tammy Young, a barrister’s clerk based in Melbourne, admits there has been a shift away from barristers liaising with their clerk.

“There is an undercurrent in the Victorian market where barristers are unhappy with their clerks and not sure what [they] do for them, and I’m not sure what they do either,” she says.

In Sydney, all clerks are paid a salary, while in Melbourne most receive a capped percentage of their barrister’s income.

“Some clerks have instituted more minimal services to reduce fees but that means doing a lot less; they wouldn’t do diary management but they might do mail and invoicing,” says Young.

A former barrister who now manages the 33 barristers on Young’s List, Young says she wanted to clerk in a more interactive and productive way.

“I [wanted] to almost go back to more old-school clerking, and certainly clerking along the lines of how its still done in the UK, where they use a product called Verdict,” she says, explaining how the practice management software allows barristers to diary and record their time virtually and for clerks to view all diaries, upload briefs and paperwork, and send out invoices.

It might not look much like old-style clerking, but Young says it’s what she would have liked when she was practising.

“I’m the only clerk using Verdict at the moment, but others in Sydney and Melbourne are looking to take it up because it provides more for this centralised billing, time-recording and diary management,” she says.

Both Young and Daley agree that, while a website can be a useful reference for clients, people still want a word-of-mouth assurance about the barrister they're paying to retain.

“I think the [verbal] contact is the most important thing, it’s much more personal,” says Daley, adding that he rarely sees his barristers advocating in court, but regularly talks to judges and associates who pass on their impressions.

“Schmoozing is not a part of my job,” he says, but he does encourage barristers to take their clients out to lunch at the end of a case to maintain the relationship.

Young, however, says she sits down with each of her barrister’s once a month to discuss their marketing plan and how she can help.

“What works for one barrister who might communicate effectively [over] lunch … may not work at all for someone who is far more effective in the CPD environment,” she says.

More than ensuring a steady stream of work however, clerks have traditionally been a sounding board and personal trouble-shooter for barristers.

“I do get calls on the weekend occasionally and at night when a barrister’s in a predicament,” says Daley.

“You are a father confessor; that’s why I’ll always stay.”