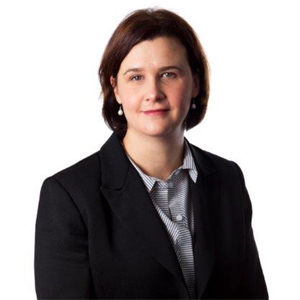 Bullying is triggering anxiety and depression in barristers, according to new data from the Victorian Bar.

A report into BarCare, a counselling service for barristers in Victoria, has found that more practitioners are seeking help for stress reactions, such as anxiety or depression. In a number of cases, an incident that fits within current definitions of bullying was a contributing factor.

“I’m finding that increasingly barristers are approaching me with concerns about bullying ... I think this is an issue that is worthy of debate in the profession and should be addressed,” Michelle Sharpe (pictured), deputy chair of the Victorian Bar’s Health and Wellbeing Committee, told Lawyers Weekly.

In response to the findings, the Victorian Bar is running seminars on workplace bullying, including one that educates senior barristers on how to be nurturing of junior members of the Bar.

“People engaged in conduct that might be described as bullying may not be malicious, they may just not have an awareness of the impact of their behaviour,” said Sharpe.

She urged industry bodies, courts and firms to join in the effort to address the problem.

The report also found that the majority of BarCare users are barristers with less than seven years’ experience at the Bar. Sharpe said that, based on anecdotal evidence, junior barristers can be targets of bullying by both men and women. “Sometimes the worst bullying comes from other women.”

In 2006, the Health and Wellbeing Committee was formed to review the program’s effectiveness, producing the current BarCare scheme and recently released report. A little over three per cent of the Bar used BarCare in the past 12 months, which is within the range considered typical of employee assistance programs.

Sharpe added, however, that the legal profession and law schools are not supporting practitioners as well as they could be. She said a better alternative to BarCare would be a scheme that resembles the Victorian Doctor’s Health Program, an independent organisation funded by a fee levied on medical registration.

“We should look to the medical profession and set up a similar system,” she said. “[Mental ill health] is a systemic issue; an institutional problem that needs institutional response and an appropriate response is to set up a separate organisation that educates and provides confidential support and guidance to practitioners.”

Sharpe also believes the legal profession should review the way it regulates lawyers.

“It should not just be disciplinary ... if a disciplinary issue is rooted in the mental ill health of a practitioner then it should be dealt with as a health issue, in a compassionate and confidential way.”