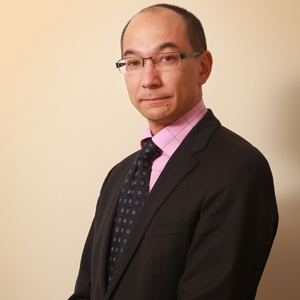 Victoria’s two leading legal bodies have teamed up to launch a petition calling on the federal and Victorian political parties to commit to boosting legal aid funding,

The Law Institute of Victoria (LIV) and the Victorian Bar have joined forces to urge people to sign the petition.

LIV President Reynah Tang (pictured) said successive governments had been underfunding legal aid for many years, with catastrophic consequences for the most disadvantaged people.

Victoria Legal Aid (VLA) made the widest-ranging funding cuts to legal aid grants in its history in January due to “unprecedented demand” for its services, which it said had not been met with proportionate increases in government funding.

The petition calls for the Commonwealth to restore its share of funding to 50 per cent, and for the State Government to at least maintain its level of funding, with a view to increasing funding to reflect demand arising from its law and order policies.

Tang has also called for the VLA guidelines to be reviewed to ensure they comply with the Victorian Charter of Human Rights and Responsibilities.

“If we truly want Australia to be the land of the ‘fair go’, then everyone should have access to justice – not just those who can afford it,” he said. “If this goes on for much longer, the risk of miscarriages of justice is very high.”

Victorian Bar chair Fiona McLeod SC said: “It costs more in the long term – socially, morally and fiscally – when there are court delays, appeals and potential for miscarriages of justice.”

Tang added: “It is crazy that women who have already experienced family violence are now subjected to cross-examination in family courts by the men who abused them. These women are no longer entitled to a lawyer in parenting disputes, unless their ex-partner has one.”

McLeod, the winner of the Advocate Award at the recent Lawyers Weekly Australian Law Awards, acknowledged that responsible management of government expenditure was a key issue in the federal election.

“All parties must avoid short-sightedness on this issue,” she said. “There are long-term consequences for our community and the kind of society we are if we abandon the most vulnerable and leave them voiceless in our justice system.”

The LIV and Victorian Bar have also started a letter-writing campaign, urging people to write to their MPs to express their concern about the legal aid funding crisis.