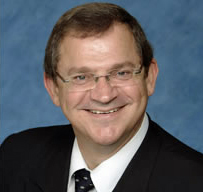 Barrister Mark Robinson SC, of Third Floor Wentworth Chambers, has detailed the case of an Iranian asylum seeker whose removal from Australia he is arguing was invalid._x000D_

Barrister Mark Robinson SC, of Third Floor Wentworth Chambers, has detailed the case of an Iranian asylum seeker whose removal from Australia he is arguing was invalid.

Robinson (pictured) said his client could only be identified by the High Court number given to him, S156 of 2013, as proceedings began yesterday (20 August).

This is the first legal challenge from within Australia to the Rudd Government's policy to send asylum seekers who arrive in Australia by boat to Papua New Guinea (PNG).

Lawyers Weekly reported the reactions of lawyers to the policy when it was announced last month. They ranged from strong criticism from the Law Council of Australia, and Commonwealth Lawyers Association president Alex Ward, to expert reasoning that the plan may be “technically legal” but against the intent of the UN Refugee Convention.

“It’s not going to work for the same reasons as the m70 case, so there may have to be some more creative way for [a legal challenge] to stand up,” said Kerry Murphy, an immigration law specialist at D'Ambra Murphy Lawyers in Sydney.

Robinson told the ABC that his client, who came here from Iran, had a "well-founded fear of persecution because of his race, religion, or his political opinion, and believes he is a refugee in accordance with the Refugee Convention".

The man was sent to PNG against his will soon after he made an application for refugee status in Australia, which Robinson said was a “very serious thing”.

Robinson wants the general declaration, made in October last year, that PNG is a regional processing country, declared invalid on administrative law and judicial review grounds.

He claimed the Minister’s open disregard for issues relating to the domestic law of PNG or the international obligations of PNG when signing the declaration was “incredible”.

The declaration is a subject of “legal unreasonableness” that “no sensible minister acting with real appreciation of their job” would have decided on in the circumstances, he told the ABC.

Lawyers contended last month that the greatest challenge to mounting a legal case against the PNG deal could be gaining access to an affected client to provide instructions.

Robinson was reportedly referred this case after the man's cousin, who has residency in Australia, sought lawyers help.

Robinson did not comment on the broader ramifications of the legal action but said he wanted his client returned to Australia so that his refugee application could be processed in the “normal” way.

The Government said it would vigorously defend the challenge and that there would be no interruption to ongoing transfers to PNG.