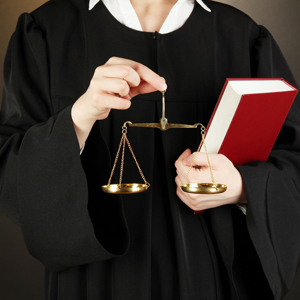 The dismissal of the appeal against the murder acquittal of Perth barrister Lloyd Rayney could influence whether Victoria, Tasmania and the Northern Territory amend state legislation to allow judge-only trials.

On Monday (23 September) the WA Court of Appeal upheld last year’s not guilty verdict in the trial of Rayney for the murder of his wife Corryn. The three-month trial took place before a judge alone.

Victorian barrister Peter Chadwick told Lawyers Weekly that the Rayney case has tested the judge-only trial process and could influence the decision of states to adopt it.

“[The case] may have an impact because it’s fairly high profile,” he said.

Every Australian jurisdiction except Victoria, Tasmania and the Northern Territory has legislation that permits criminal trials by judge alone for serious offences in higher courts.

In research commissioned by the Australasian Institute of Judicial Administration, researcher Dr Fiona Hanlon wrote that a judge alone trial can provide an important avenue for ensuring impartiality and fairness. She explained that, for example, juries can be susceptible to prejudicial pre-trial material.

“Because of their qualifications, training and experience judges are capable of disregarding such material,” she said.

“There will be cases where the publicity is so extensive that a fair trial may only be possible before a judge alone.”

Chadwick pointed out that had Adrian Ernest Bayley, the man who was charged with the rape and murder of Jill Meagher earlier this year, pleaded not guilty, the case would have been “crying out” for a trial by judge alone.

Even so, Chadwick claimed that the legal fraternity in Victoria isn’t showing obvious support for legislative change to allow judge-only trials. “The general thrust is not in favour,” he said, adding that the preservation of jury trials is the main argument against reform.

To err is human

Prosecutors in the Rayney case had launched an appeal against trial judge Justice Brian Martin’s decision on the grounds that he did not properly assess all of the evidence. But the WA Court of Appeal rejected the argument, finding that Justice Martin had “carefully and correctly evaluated” the evidence in what was a circumstantial case.

Chadwick said that while the legislation in WA allows for an appeal of a decision in a judge-only trial, the prosecution has to demonstrate error, “which is a pretty big call”.

“They might have been able to show areas where they didn’t like the judges reasoning, but that’s a different matter to saying it was wrong and why it was wrong,” he added.

Lawyers Weekly reported in November that legal experts had claimed that the grounds of the WA Government’s appeal were shaky.

A separate defamation case launched by Rayney against the State of WA was put on hold until the appeal was dealt with by the courts.

In addition to compensation for distress and anxiety, Rayney is seeking aggravated damages for loss of revenue, loss of expected future earnings and loss of the opportunity to be appointed senior counsel, which could cost the WA government millions of dollars.

Which jurisdictions have judge alone trials?