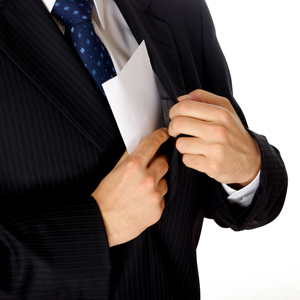 Three prominent silks have been called in to advise on legal action that has sprung from bribery allegations against Leighton Holdings.

Melbourne barrister Norman O’Bryan AM SC is acting for shareholders in a class action that has accused Leighton of breaching its continuous disclosure obligations in relation to allegations of corruption in Iraq. O’Bryan previously represented ASIC in its legal action against the Australian Wheat Board (AWB).

Meanwhile, it has been reported that former Leighton boss Wal King has enlisted Sydney barrister Richard McHugh SC to mount a legal defence against reports in Fairfax Media suggesting King had knowledge of a bribe to secure an Iraqi contract. Chairman Bob Humphris and director Bob Seidler have also reportedly hired a barrister, Bruce McClintock QC, to fight allegations that they failed to act on these bribery allegations.

On Thursday (3 October), Leighton responded to the allegations in an ASX announcement.

The next day (4 October), lawyer and owner of Melbourne City Investments, Mark Elliott, filed a writ against Leighton in the Supreme Court of Victoria on behalf of around 10,000 shareholders.

The writ alleges Leighton breached its continuous disclosure obligations under the Corporations Act by failing to reveal allegations of bribery and corruption against senior officers in charge of a $750 million oil pipeline contract in Iraq. It also claims the company failed to disclose “serious and cogent allegations of misbehaviour” relating to the construction of a barge in Indonesia.

Elliott, a former partner at Minter Ellison and a Leighton shareholder himself, is seeking damages to the value of the total losses incurred after the ASX release on 3 October.

Leighton suffered around $1 billion worth of stock market losses late last week, with the company’s share price dropping 13 per cent of its value.

Leighton had, in February 2012, notified the market of an Australian Federal Police investigation into its activities in Iraq, claiming there had been “a possible breach of its Code of Ethics that, if substantiated, may contravene Australian laws”. Elliott argued, however, that the statement was “innocuous”.

“The company skirted around the issue and I think the evidence of that is that the 2012 announcement didn’t cause a blip in the share price, but when it was [announced] again ... in October 2013 the company is worth a billion dollars less in the eye of the market,” he said.

“Experts will cross swords as to the extent to which there were other influences on the share price ... [however] the market was obviously surprised by this further disclosure, it did not think it was in the same vein as the disclosure the company made in 2012 and marked the shares down accordingly.”

Elliott denied that continuous disclosure laws require revision, defending ASX listing rules and the Corporations Act as being “very clear” on the issue.