Silk Painter counsels that more women are needed at the Bar 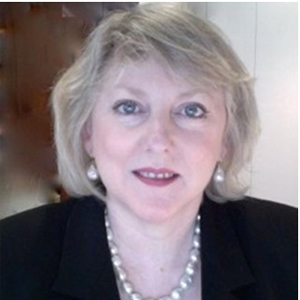 The silk selection process in NSW is “gruelling” but “appropriate”, according to one of this year’s successful candidates for senior counsel.

Michelle Painter (pictured), a barrister at 6th and 7th Floor St James Hall Chambers, told Lawyers Weekly she was “very happy, and full of trepidation, and relieved all at the same time” when she heard she had been appointed silk.

Seven out of this year’s 24 silk appointments in NSW were female; a drop from last year when 12 out of 26 new silk appointees were women – the largest number of female barristers ever appointed as senior counsel on a single occasion.

“I think the real assault on the numbers has to happen at the intake at first-year barrister level; and I think until women are coming to the Bar in much greater numbers than the 25 to 30 per cent that it stands at nowadays ... there will continue to be a disparity of male barristers.

The Women Lawyers Association of NSW (WLANSW) did, however, welcome the fact that for the second year running more than a quarter of silk appointees were women.

“WLANSW is delighted by the announcement of seven new women senior counsel and congratulates the NSW Bar Association on continuing to recognise the excellence of women barristers,” WLANSW president Margaret Holz said.

Painter, whose primary areas of practice are commercial law, equity and trade practices and competition law, said she expects her practice to go through a period of transition following her appointment as silk.

“I hope I do more work such as appellate work, which has not been a significant part of my practice to date,” she said.

“I think it will take some time before the changes [having been appointed silk] are really observable ... certainly I think I won’t be doing some of the smaller matters that I did a little bit of as a senior junior, but most of my practice was relatively well developed in the last few years in any event.”

This year’s full list of 24 silk appointees in NSW, in order of their length of service at the Bar, are:

Silk Painter counsels that more women are needed at the Bar