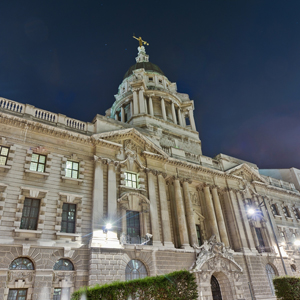 Cuts to legal aid in the UK have prompted barristers across the region to stage a unique protest.

Cuts to legal aid in the UK have prompted barristers across the region to stage a unique protest.

On Monday 6 January hundreds of barristers across the UK staged a half-day walk-out, which disrupted many courts including the Old Bailey in London.

Protests were also staged outside courts in Manchester, Liverpool, Bristol and Cardiff.

The walkout was the first time UK barristers have withdrawn their labour.

Nigel Lithman QC, the chairman of the 4000-strong Criminal Bar Association (CBA), described the day as being “momentous”.

“I wish to thank you one and all for standing shoulder to shoulder to attempt to save the system and to demand justice for ourselves as well as the society of which we are a part,” he said in his weekly message to CBA members last week.

Barristers were protesting over numerous reductions in legal aid fees, which have seen around a 40 per cent reduction in funding for criminal cases since 1997.

Over 120 charities and organisations supported the protest, which was organised by the UK Justice Alliance.

In December 2012, Victorian lawyers staged a protest outside the County Court to express their concern over state and federal cuts to legal aid.

“The Federal Government has let the community of Victoria down by not continuing to properly fund legal aid,” said the former Law Institute of Victoria (LIV) president Michael Holcroft, when interviewed by Lawyers Weekly at the time.

“But the State Government has been elected on a law and order platform, and they have funded an extra 1700 police officers but they haven’t funded the other side of the equation, so they have added significant pressure to legal aid.”

The Federal Government’s share of funding to Victoria Legal Aid has dropped by around one half to one third since 1997.