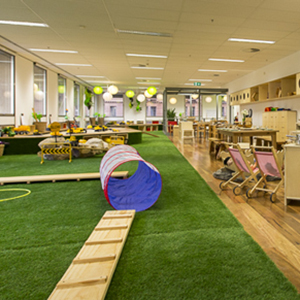 The NSW Bar Association has launched a childcare scheme to help tackle the high rate of attrition among barristers.

Ten full-time places at a childcare centre in Sydney’s CBD have been reserved for members of the NSW Bar Association.

Association president Jane Needham SC told Lawyers Weekly that the scheme is designed for barristers who have taken a break to have children and now wish to return to full-time practice.

“I wish [the scheme] was around when I had my children,” said Needham, who has a 12-year-old daughter and seven-year-old twin sons.

“Reliable childcare is one of the problems that people often cite as a difficulty in coming back to the Bar.”

The NSW Bar Association recently surveyed its members on the subject of childcare and found that 86 per cent of respondents felt access to childcare was a problem for the profession; 65 per cent said priority of access to a childcare centre in Sydney’s CBD would affect their ability to continue or improve their career at the Bar.

In response to the findings, the association entered into an agreement with Jigsaw Corporate Childcare (pictured) at 39 Martin Place, Sydney.

There are currently 25 individuals on the waiting list for one of the 10 reserved places.

All NSW Bar Association members, including clerks and personal assistants, are eligible.

The new scheme sits alongside an existing emergency in-house care program, which makes carers available in emergencies or when regular childcare arrangements break down. The two programs “strike a nice balance” for barristers seeking childcare near their place of work and those who already have in-house care, said Needham.

“The main difficulty in organising your childcare is the unpredictability of the practice,” she commented when explaining why the emergency scheme would continue.

Needham said access to childcare will only solve part of the law’s attrition problem, which she claimed spans both genders.

Male and female barristers who care for aging parents are also finding it difficult to juggle work and family commitments, she explained.

Supporting both carers and parents was the driving force behind new best practice guidelines launched by the NSW Bar Association this year. The guidelines advise barristers on how to manage a part-time practice, while also urging chambers to assist individuals who want to work flexibly.

“It’s all very well to have a policy, but until … people start getting a broader range of barristers to brief, then nothing much is going to happen in that area,” said Needham.

At the Lawyers Weekly Women in Law Awards last year, Fiona McLeod SC spoke about the barriers female barristers face in seeking to build a practice.

“What is the unconscious bias that is having us choose men as naturally fitted to the better brief, the promotion, the hot file with the hot client that will take them somewhere,” said McLeod, who asked the question of “when we come to this bullshit argument about merit, what does it mean?”