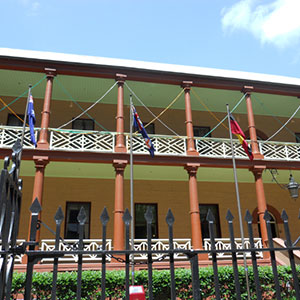 Justice Derek Michael Price has been appointed the new chief judge of the District Court of New South Wales.

Justice Price will replace Justice Reginald Blanch who is retiring this week (7 August) after almost two decades in the role.

The president of the Law Society of NSW Ros Everett thanked Justice Blanch for his “outstanding service to the people of NSW” as chief judge and as former director of Public Prosecutions.

“I also express my personal thanks for his generous advice and assistance in my transition to the role of attorney general”, he said.

Justice Blanch will continue to serve the community as chairperson of the Serious Offenders Review Council, taking up a three year appointment on 1 September 2014.

Justice Price brings a wealth of experience to the role of chief judge of the District Court and is one of the few people in NSW to have been appointed to three courts, said Hazzard.

According to Everett, the appointment of Justice Price is particularly pleasing as he has roots in the legal community of NSW through his work as a solicitor practicing in Sydney and Dubbo.

“Justice Price has close ties with the Law Society of NSW having served as president of the Orana Regional Law Society before returning to Sydney in the late eighties,” she said.

“I warmly congratulate Justice Price on behalf of the NSW legal profession. I know that the District Court of NSW is in good hands and I wish him every success in the role.”

Justice Price began his judicial career as a magistrate at St James Court. In 1999 he was appointed an acting judge of the District Court of NSW and one year later the appointment was made permanent.

In 2002 Justice Price took on the role of chief magistrate of NSW and four years later he was appointed to the Supreme Court of NSW.

Justice Price was made a member of the Order of Australia in recognition of his service to the law and the judiciary and his focus on developing justice initiatives for marginalised groups.